The fighting in Europe was expected to be short term and the Tramways Department initially financially helped those who went to fight, who were married or had other family members to support. The drain of tram,way staff to the Front led to the recruitment of female conductors “for the duration” and there is a fascinating audio tape of the experiences of one such person in the Archives at Essex Street, Walsall.

On the 31st January 1916 Zeppelin L21, apparently lost over England, bombed the Black Country. Bombs fell in Tipton and Wednesbury and finally the airship approached Walsall. Here it dropped bombs which landed on Wednesbury Road Congregational Church and in Bradford Place, near the town centre. At that time car 16 was passing, returning from Pleck to The Bridge. The blast shattered the windows of the tramcar injuring, amongst others, the Mayoress of Walsall Mrs S M Slater who although she managed to walk to a nearby shop died of her injuries the following month. 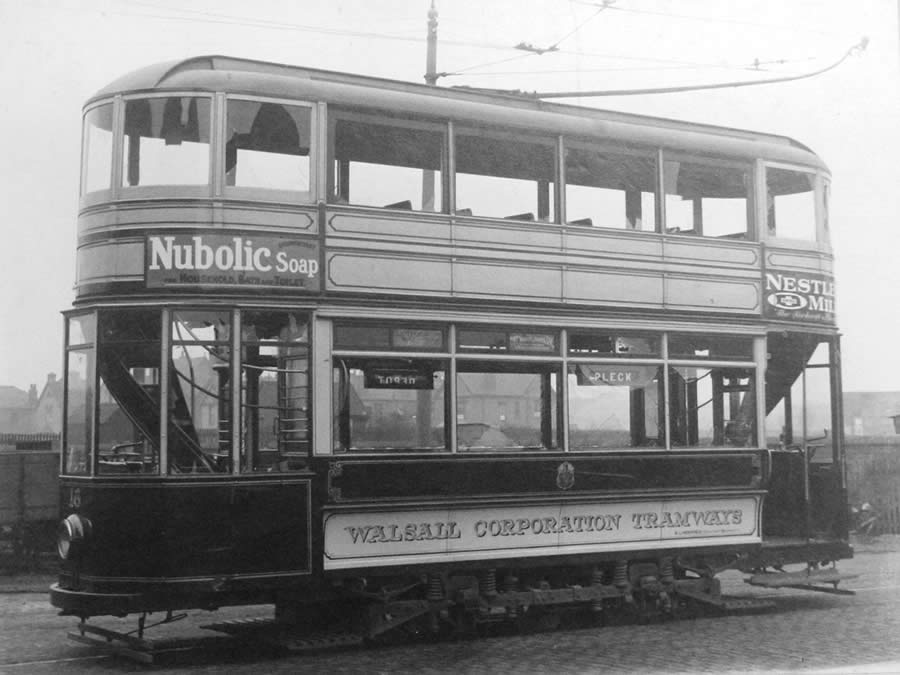 A recent photographic donation to the Museum was this picture of Walsall tramcar 16, which shows the shattered windows resulting from the bomb blast.

In late 1915 Walsall acquired its first buses namely Tilling Stevens TS3 petrol electric vehicles and 3 Daimlers. These were used on services running north from Bloxwich into the coal mining towns on Cannock Chase. Further bus services linking the town and its workforce to Streetly Works and the ammunition factory at Perry Barr followed. These were all places not served by the tramways. Horsfield was to earn an MBE for arranging transport services to munitions factories.