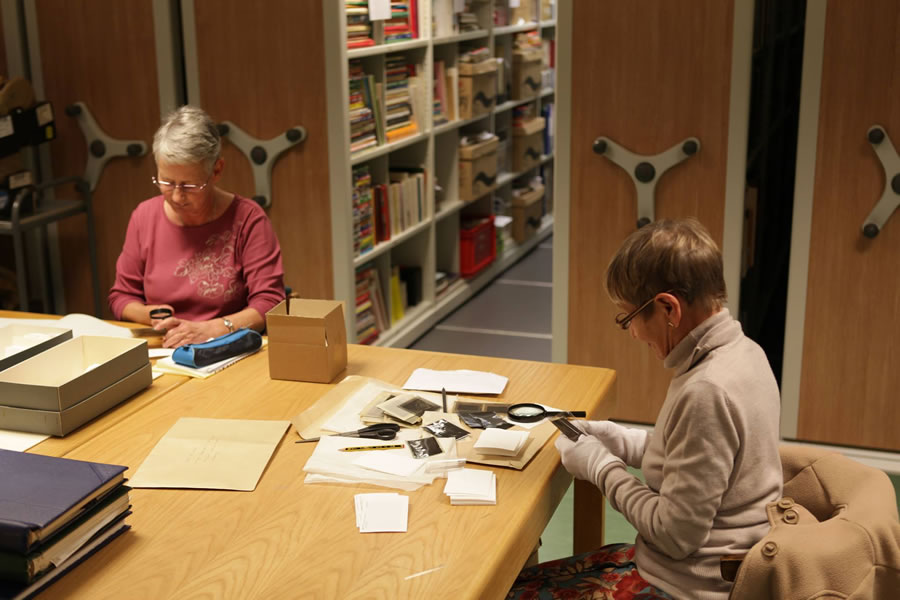 The John Price Memorial Library holds a unique collection of books, pamphlets, reports and Acts of Parliament covering the history of British, North American, European and other foreign tramways and light railways up to the present day.

An extensive Journal collection is held, which includes one of the most complete runs of Tramway & Railway World in the country, as well as Light Railway and Tramway Journal, Electric Railway Journal, the Electrician and Electrical Review. There are also magazines of transport study and from other preservation societies world-wide. There is a large foreign language section.

The printed book collection contains descriptions of the world’s tramway and light railway systems covering electric, steam, cable and horse traction. There is information on the manufacturers of vehicles and equipment, transport law and planning.

Many of the books and journals also contain material on buses, trolleybuses and metro systems, so the development of a town’s transport can be studied in total.

Technical Drawings, Maps, Guides and Other

The Photographic and Film Archive covers the tramway systems of Great Britain and the world. The collections include negatives and glass plates, prints and commercial postcards.

We are sorry, but due to Covid 19 restrictions, the Reading Room is closed for the foreseeable future. We apologise that we are unable to accept any items you wish to donate at this time. If you have items you wish to donate to the museum, please contact us at the end of the year and we can advise on the situation. Thank you for your understanding.