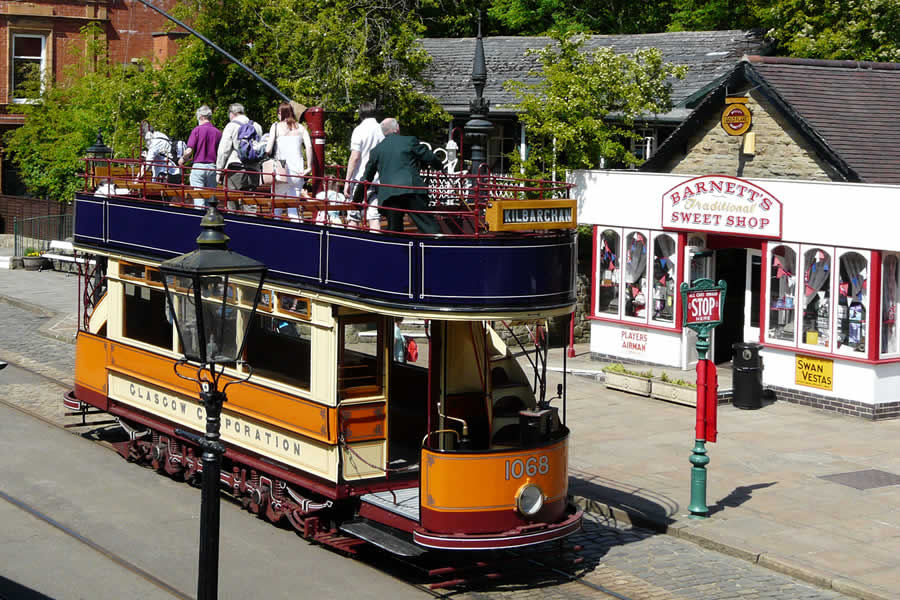 Step back in time along our recreated period street where you won’t have to wait long for the rumble of a vintage tram. Many of the buildings along the street have been rescued from towns and cities across the UK, such as the Derby Assembly Rooms façade which came to Crich after a tragic fire. The Red Lion Pub and Restaurant came all the way from Stoke and was re-built brick by brick. Also look out for the street furniture which is dotted along the street, including the Bundy Clock at Town End Terminus and The Exhibition Hall windows which were rescued from the Doncaster tram depot. 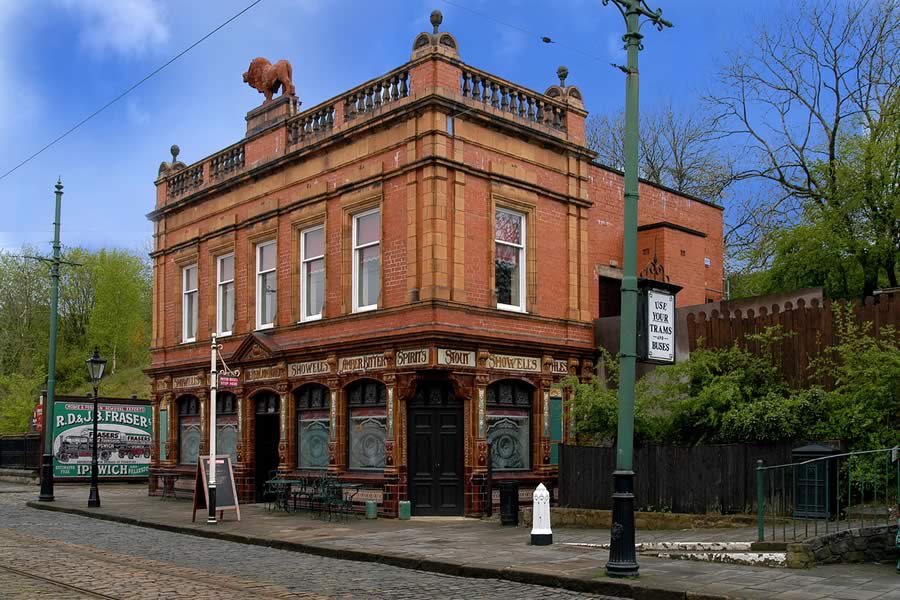 The Red Lion was rescued from demolition and restored here piece by piece. It serves a selection of local beer along with hot drinks and cake, and welcomes families. 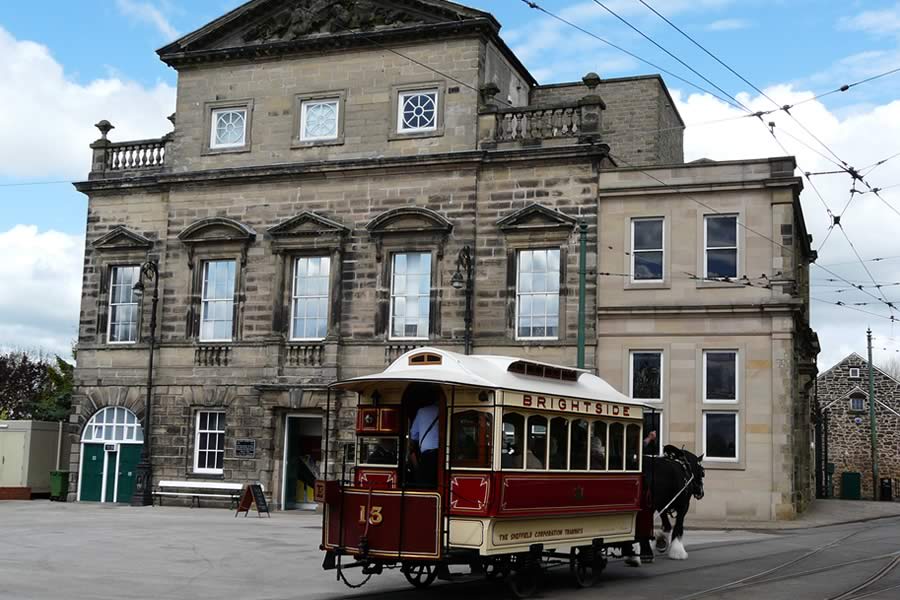 The Derby Assembly Rooms façade came to Crich after a fire. It houses the Survive and Thrive and temporary exhibitions. 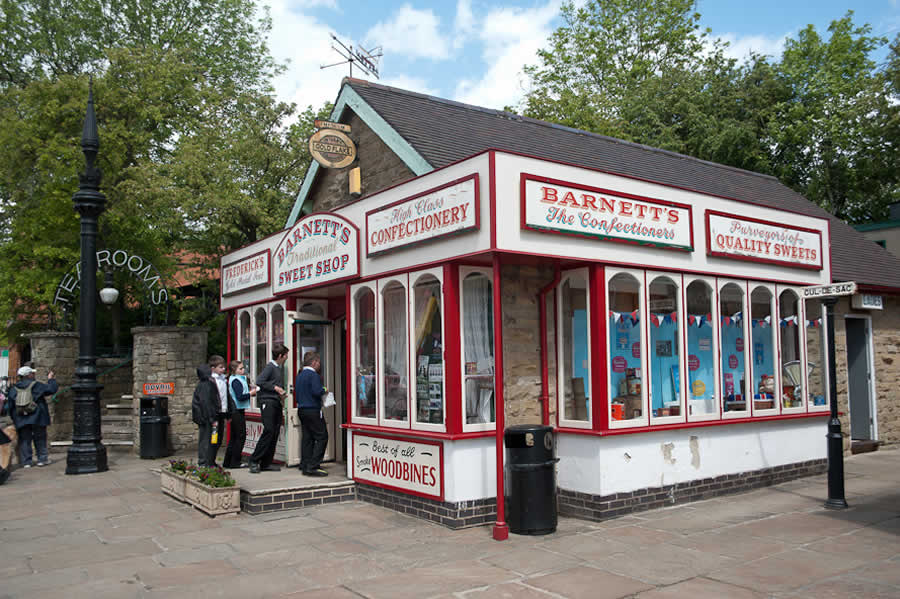 There are plenty of options including Rita’s Tea Rooms, Barnett’s old fashioned sweet shop, and the Red Lion Pub, 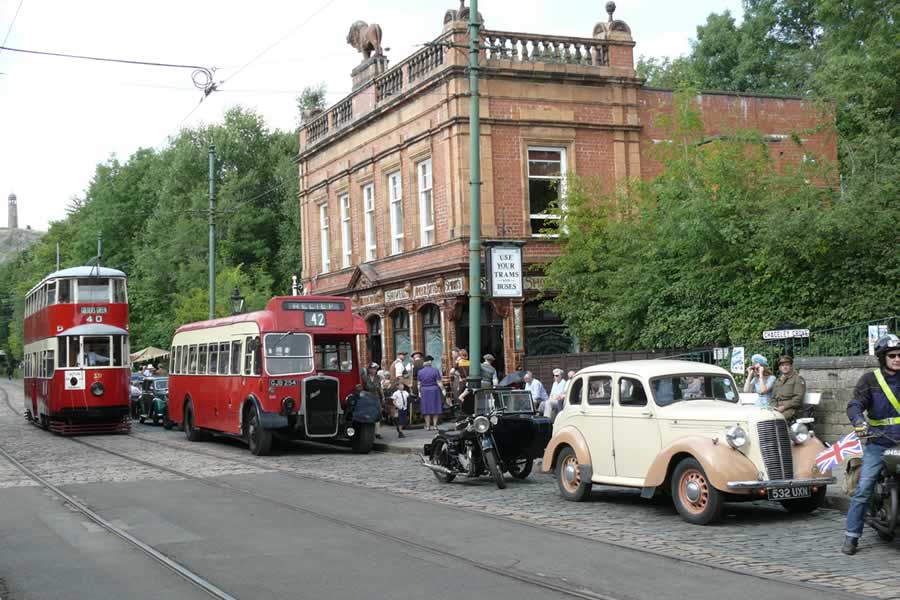 The street scene comes to life during the regular period events. Check the What’s On section for details.

We are now closed for winter maintenance. Thank you to everyone who has supported us through a difficult year this year.