In 1896 Walsall Corporation considered the construction of its own generating station and the ownership and operation of the tramway seemed a useful addition to this. Negotiations with the companies, which by now included the South Staffordshire (Lessee) Company, took place and ultimately it was agreed that the tramway, not including the rolling stock and power station, would be sold to the Corporation on the 1st January 1900.

A route connecting Walsall to Birmingham failed to get Parliamentary powers due to Handsworth Urban District Council objecting to the building of a tramway through their area and so the line along the Birmingham Road, terminated at the Borough boundary at the Bell pub. An extension to the Borough boundary at Newtown for which powers had been acquired was never completed. Services were rearranged to terminate on The Bridge, the central square in Walsall. 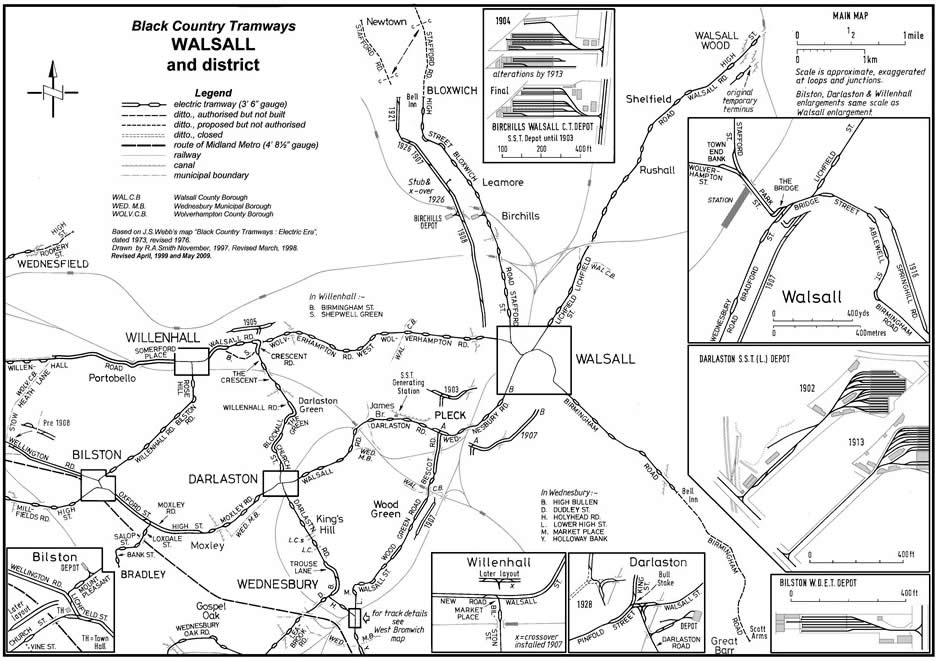 28 four wheel open top double deck trams with reversed stairs were built for the opening of the Corporation services on the 1st January 1904 by the Brush company. Walsall immediately started rebuilding these and were early in fitting top covers to its open topped trams, initially using Milnes Voss covers as designed by H L White of the Great Grimsby Street Tramway Company. In doing so they incurred the wrath of the Board of Trade who did not approve of top covers on narrow gauge cars due to health & safety worries. 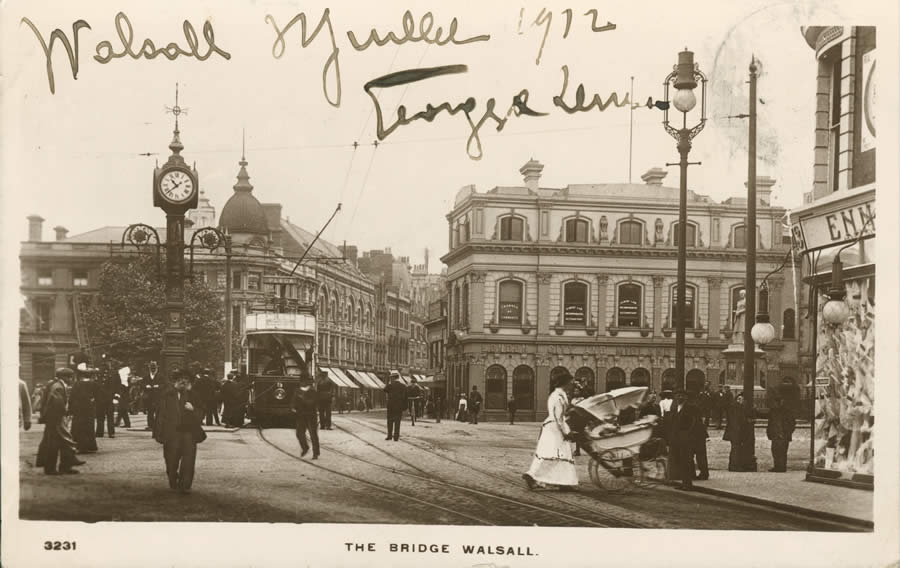 The postcard from the Museum’s collection shows one of Walsall Corporations open top trams, with the reverse staircases.

Robert Lund Horsfield was appointed manager in 1903. He came from Bradford where he had been assistant to Christopher Spencer who himself had worked on the electric lines of the South Staffordshire company before becoming manager at Bradford. There was to be a distinct Bradford influence to the tramways department until Horsfield left in 1920.

The tramway system was one of the more successful ones in the UK although the lines built by the Corporation were not financially the most profitable. Calls for extensions to the system were stifled by the General Manager who realised that they would not be economical. Even so 4 more cars were acquired in 1908 and 7 more in 1912.

In 1911, Horsfield was invited to the opening of the Bradford trolleybus system and he saw this as a possible way of extending the tramway cheaply. However, plans for such investment, and the introduction of motor bus services were delayed by the onset of the Great War.