By the late 1920s, the tramways were in a state where they needed investment or replacement. The first route to be considered was the Walsall Wood line and it was decided to replace this with motor buses, which was done on the 1st April 1928. Seven months later the lease on the Willenhall – Darlaston line reverted to company operation and the Stourbridge & District Electric Traction Company, the only surviving local tramway operator of the British Electric Traction Group, took this line over for a year until it was abandoned. It also took over the surviving operations of what had been the South Staffordshire (Lessee) Company’s network.

The 30th September 1928 also saw the abandonment of the Birmingham Road tramway and just over 4 months later the Willenhall line also closed, initially replaced by motor buses. Soon a joint service between Walsall and Wolverhampton commenced and this, once the road under the bridge at Horsley Fields was lowered, was in turn replaced by a joint trolleybus service. 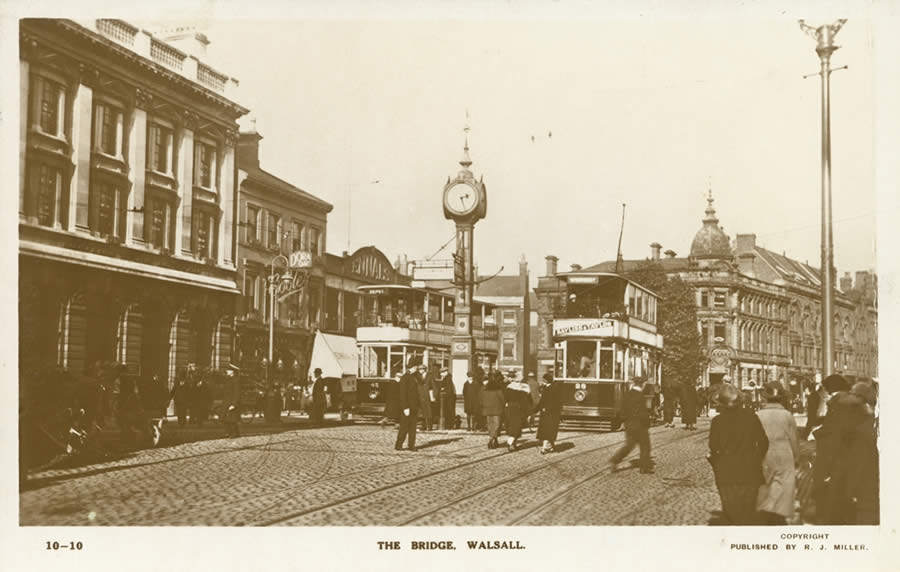 The company lines were closing rapidly and by 1930 the joint Wednesbury and Darlaston lines along with a company route linking the two termini were the only survivors. As of the 1st October 1930, Walsall Corporation took over the entire operation of these tramways and company tramway operation ceased; although the Corporation leased four company cars. However, it was only a temporary reprieve for the tramways as they were replaced by motor buses on the 5th March 1931. 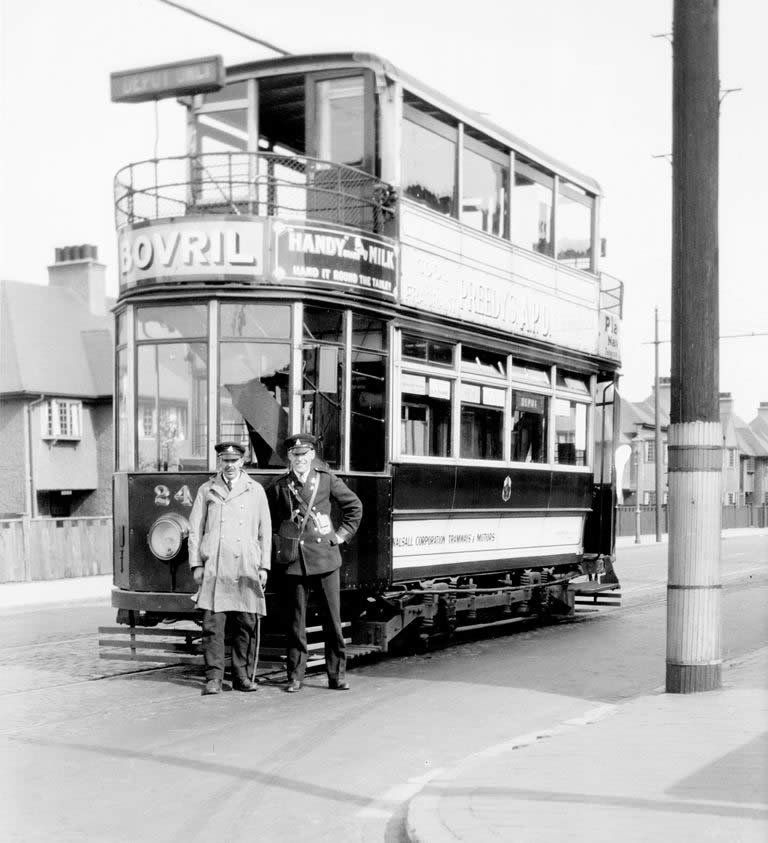 H. Nicol took this photo of a crew posing with their tramcar, in 1931, when many of the Walsall tramway routes were closing.

Walsall’s tramway operations were now restricted to the Walsall – Bloxwich line and with the closure of the of the lines to Wednesbury this was no longer connected to the surviving     tramway network serving Birmingham and the Black Country now operated by Birmingham Corporation  Tramways. It was the route with the heaviest traffic and consideration was given to purchasing a new fleet of trams to operate it. However, the final decision was to convert to trolleybus operation as half the route as far as Birchills was already equipped for trolley operation to enable the vehicles used on the Wolverhampton service to reach the depot.

So on Saturday the 30th September 1933 car number 44 left The Bridge 11.15 pm driven by the Manager M J Somerfield who had taken over for the final trip from duty driver Tommy Cattel. On reaching Bloxwich it reversed direction and returned to the depot.

Thanks are given by the author Mike Ballinger, to Andrew Simpson, Jack Haddock, the staff of the Archives Section of Walsall Public Libraries and Ms Laura Waters.