In December 1884, two 3ft 6in. gauge steam tramway routes serving Walsall opened as part of the South Staffordshire and Birmingham District Steam Tramway Company’s (SS & BD ST Co.) network. The more successful line linked Wednesbury with Walsall and Bloxwich and the other ran from Darlaston to Walsall and for a short distance to the north to Mellish Road.

Perhaps building a steam tramway in a town that relied on the saddlery and bridle trades was not the best idea, with many people opposed to the system. Sadly, the company’s attempts to operate freight services were also stifled by the local authorities. 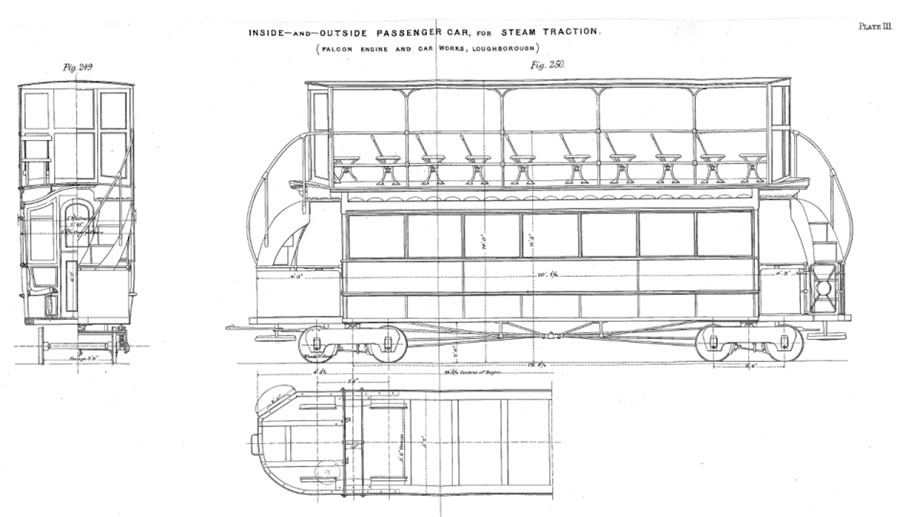 The diagram from Kinnear Clark’s 1894 book Tramways Their Construction and Working, shows the type of double deck trailers being designed and built at the Falcon Engine and Car Works in Loughborough and would have operated on the Walsall tramway system.

The directors of the company, who were also directors of the Birmingham Central Tramway Company started investigating other forms of traction for the tramway. The general manager of the SS & BD ST Co., Alfred Dickinson who was also a consultant to the BCT company, visited Bruxelles to see their battery trams and these were tried out on a Birmingham route. They too were not entirely successful but the directors were aware of the idea of electric trams collecting power though an overhead collector. 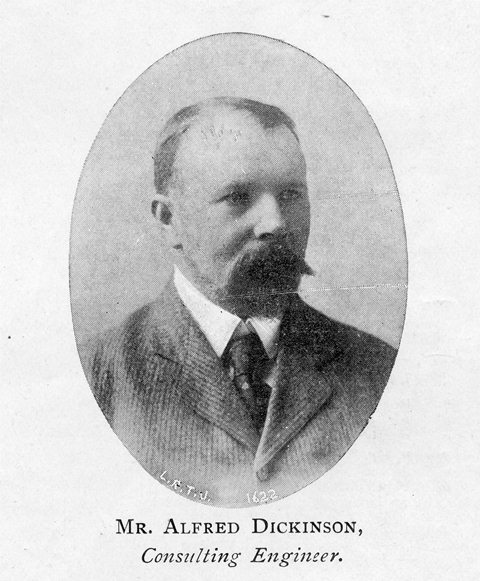