Electrification of the Lines

In 1891 Dickinson and Frederick Brown, a consultant to Walsall Council, visited a number of tramway or street-car systems in the USA. Brown reported their findings to Walsall Council who approved the idea for an electric tramway system. However having seen the large amount of overhead wires on the American equipped system in use at Leeds, the Council wanted something better for their town. Dickinson therefore designed an overhead system that had short overhead brackets and a trolley pole with a swivel head thus reducing the visual intrusion.

As the company could not afford to electrify the Walsall lines the Electrical Construction Corporation (ECC) leased the two tramways and provided all the equipment including the generation station, much of which is still in existence at James Bridge. Sixteen tramcar bodies were built; with half being produced by the Lancaster Carriage & Wagon Company and the other eight by Brown, Marshall & Company. All had ECC electrical equipment and were mounted on a truck built by the Leeds Forge Company.

Electric tramcar operations started on the 1st January 1893, although steam operation did continue for a short while until the electric system was fully operational. 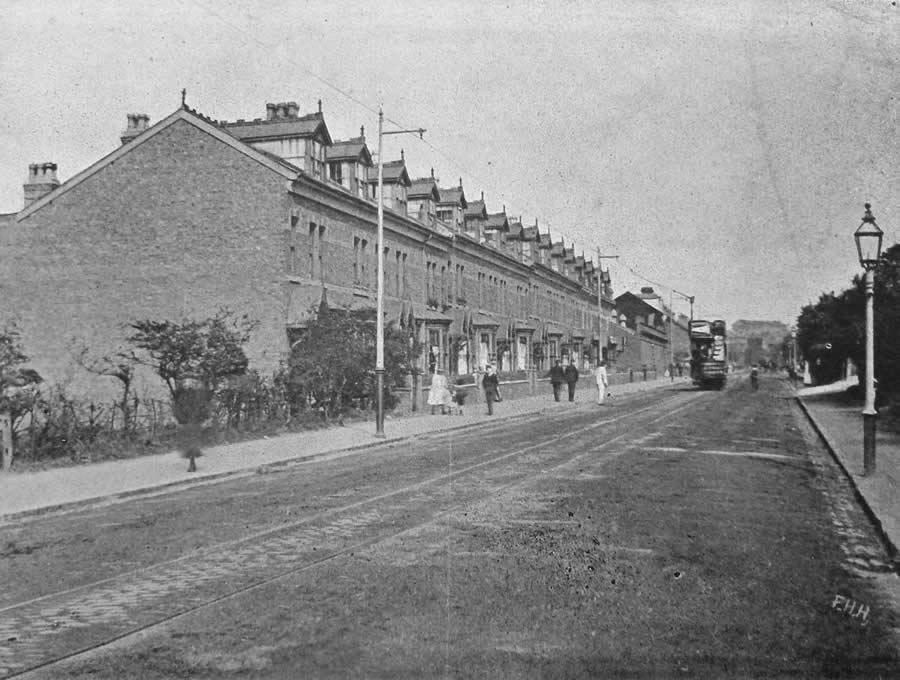