As part of the #LoveYourRailway #Sustainability campaign, we champion our Survive and Thrive exhibition in our Derby Assembly Rooms building.

As the 20th century progressed, tramway systems declined due to competition from buses and private motor cars. Years later, some cities turned back to light rail systems as a more sustainable form of public transport. Our ‘Survive and Thrive’ exhibition looks at the reintroduction of modern tramway systems in cities around the UK from the 1980’s, such as the Tyne & Wear Metro. 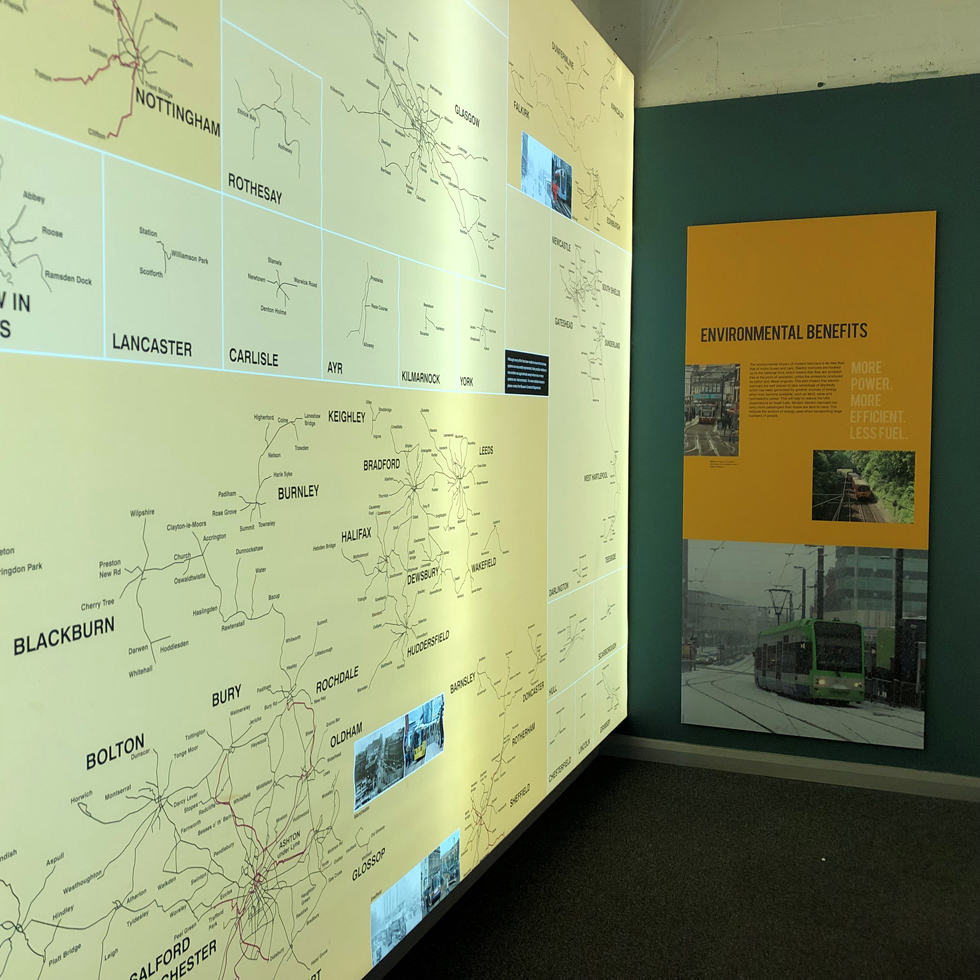 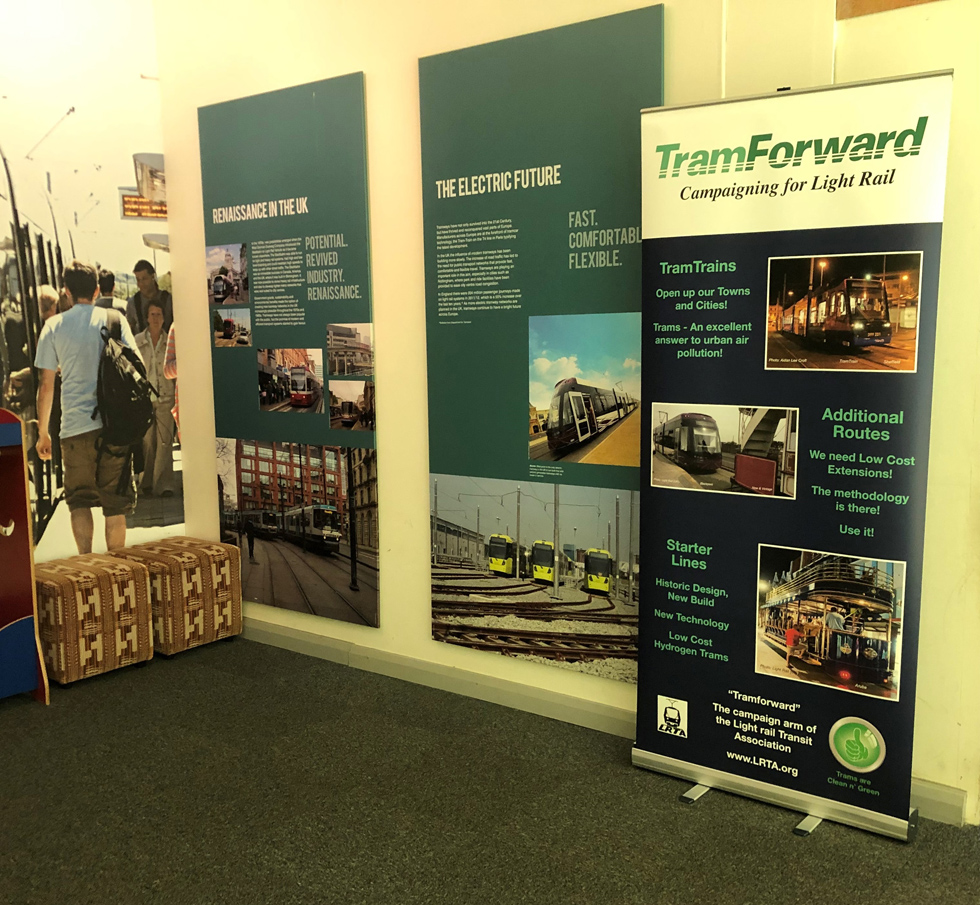 A recent acquisition for our collection is a publicity banner for ‘TramForward’ – the campaigning arm of the Light Rail Transit Association. Under ‘TramForward’, the LRTA campaigns for light rail and tramways to be used in modern transport systems, particularly where towns and cities are suffering from traffic congestion and pollution.