It’s all coming together – London County Council no. 1 Restoration 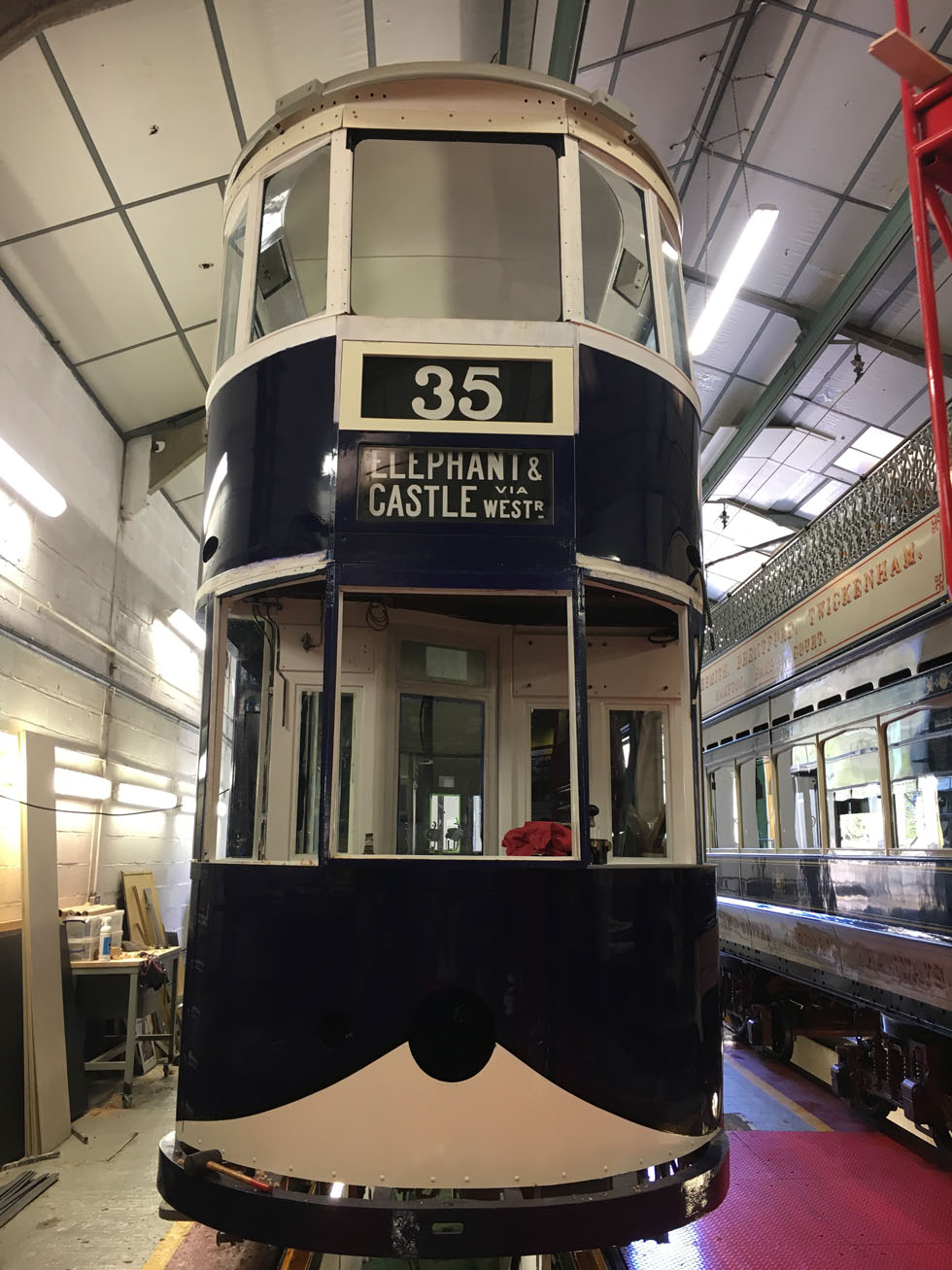 With funding being supplied by the London County Council Tramways Trust, the project has been a massive undertaking for the experienced Conservation Workshop team and has seen the tramcar stripped right down to its steel frame body during the restoration.

The project will restore the tramcar to its London County Council original form, when it was launched as a new experimental tramcar in 1932. The current 5-year project has seen some major milestones achieved along the way, which have included the restoration of the steel frame body, replacement of the lower deck side panels, recanvasing of the roof, full controller overhaul, and major works on the wheelsets and traction motors.

By the end of last year, the rebuilt trucks had been reunited with the body of the tramcar, which has facilitated some of the work being done to advance the project this year. 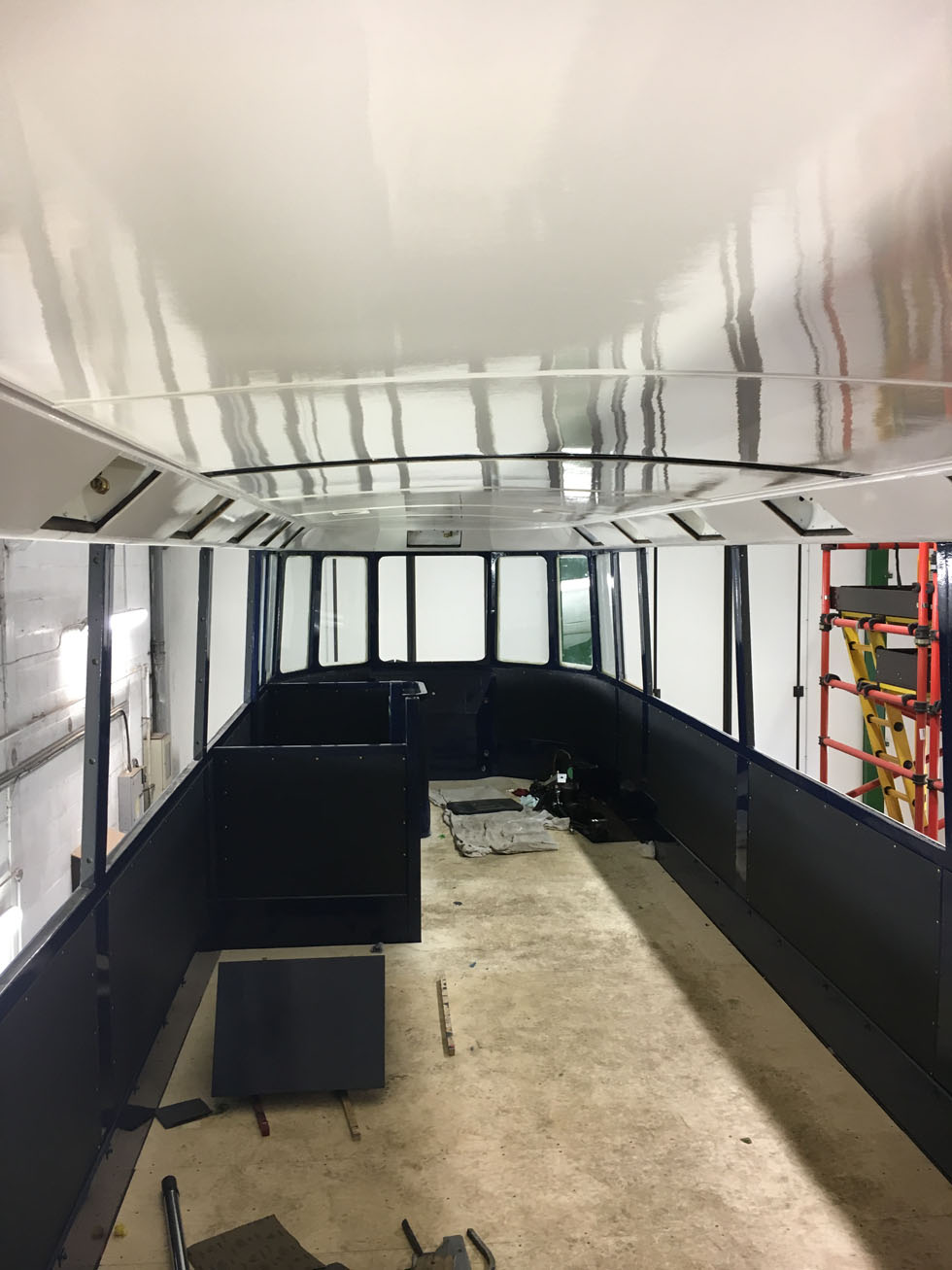 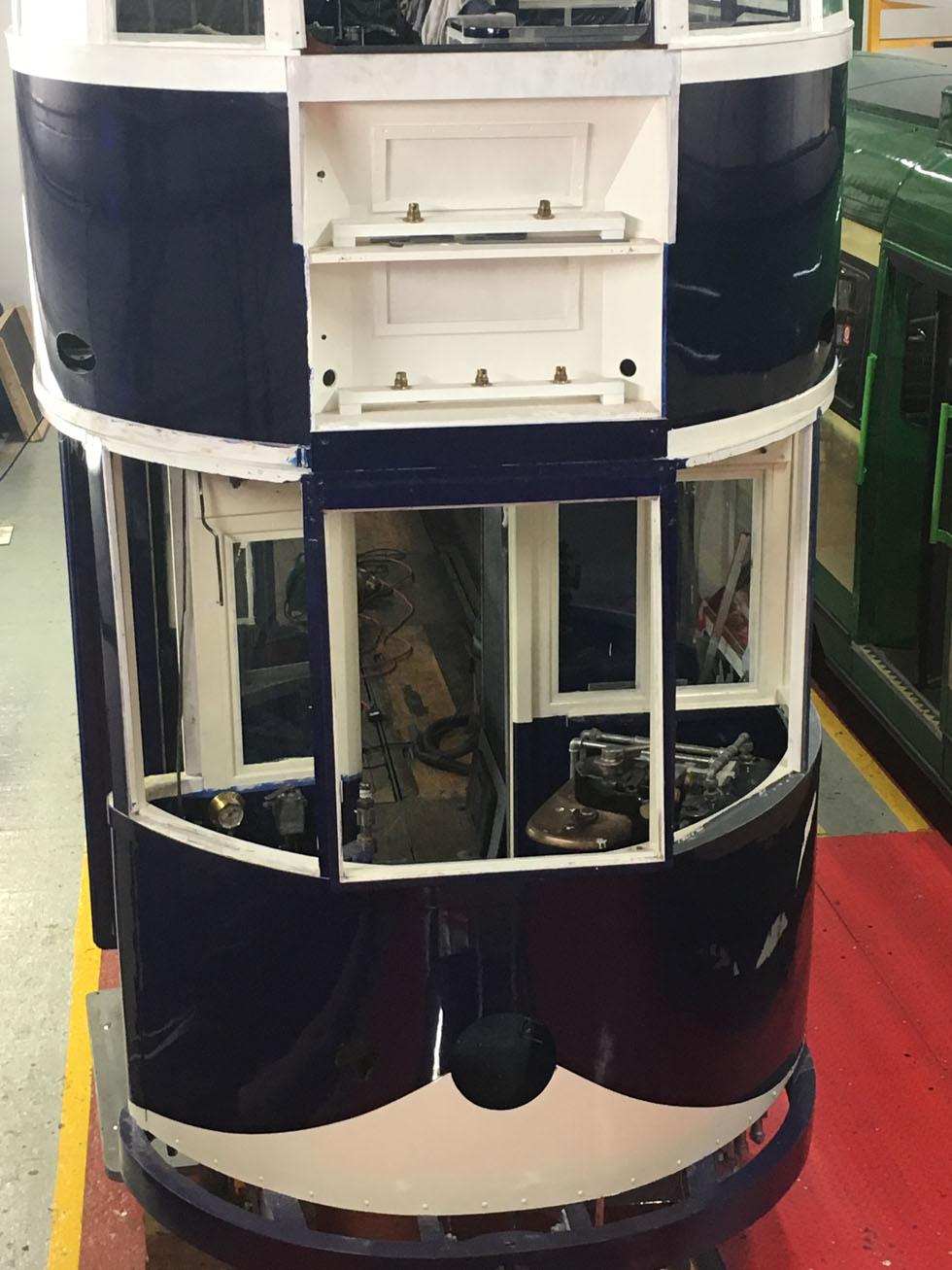 Regular visitors to the National Tramway Museum, will have noticed that not only are more and more fixtures and fittings being added to the tramcar, but it has also taken on the first coats of paint to achieve its distinctive blue and cream livery.
The first few months of the new year have seen the team busy fitting glass to most of the windows and ceiling panels have been reinstalled in the upper saloon. It has also been a busy few months with some trial fitting taking place.

Most notably the front destination blinds and service number blinds were installed. Specially made by Roy Makewell, the production of the blinds involved many hours of research and careful study of old photographs of LCC1 taken during its early years in London, enabling the new blinds to be re-created as closely as possible to the originals. 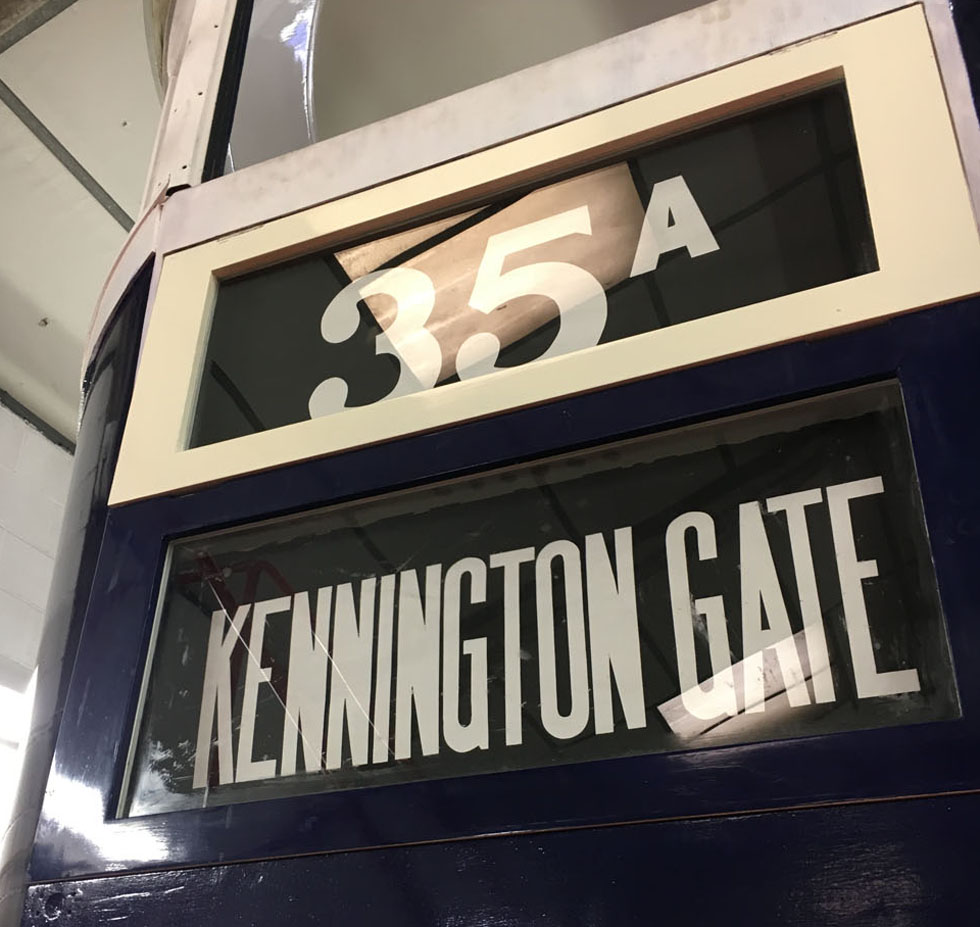 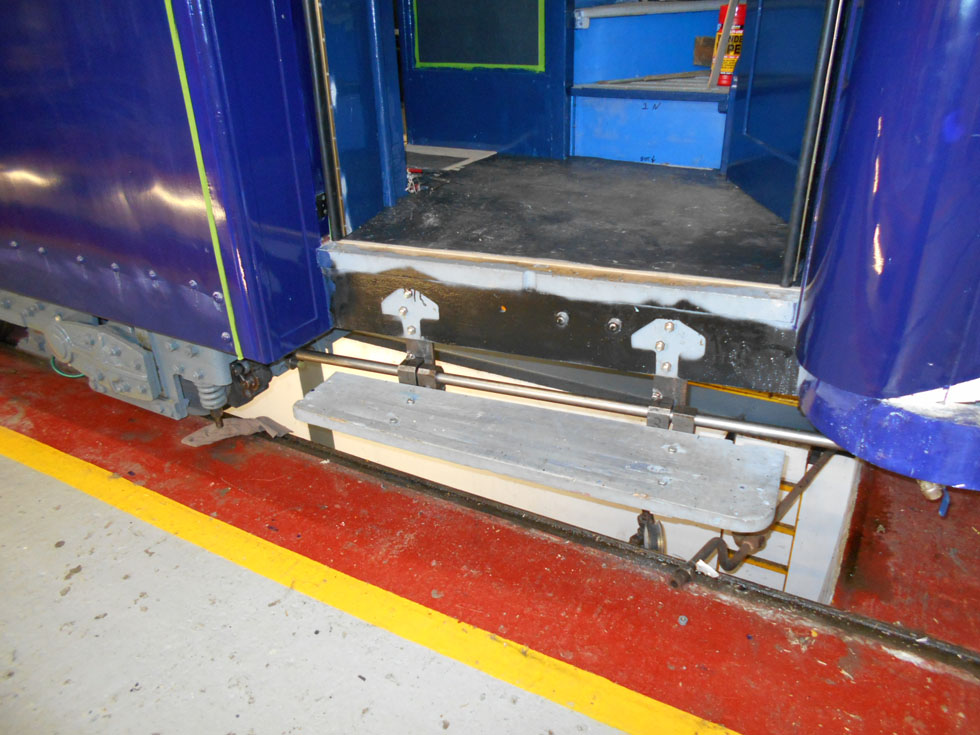 The team have also trial fitted a prototype of the equipment for the air operated step, which the tramcar should carry. This part of the tramcar was removed when it operated in Leeds and was replaced with a fixed step. Working from archive film footage, photographs and talking to colleagues in America, the team have been able to piece together a working scheme for the step and a prototype has been mocked up and is being fitted.

But the attention to detail by the team doesn’t stop there. They have also been working with Camira Fabrics, who are the successors to Holdsworth, the original company to supply the moquette for LCC 1. The team have been working to have the lower saloon moquette recreated accurately, as it was noticed that there is a bit of a difference between LCC 1’s original material and that which is carried by fellow London tramcar 1622, which is also in the Museum’s collection. It was originally thought they were the same, but there are some differences in the design, and so Camira Fabrics have been commissioned to reproduce and manufacture the original pattern of moquette. This has involved having the design hand drawn and test samples created to get the colour and design correct.

Such attention to detail is what makes this project a world class restoration and will stun visitors to the Museum when it is complete and reflect the stunning art deco 30s style of this experimental tramcar.

No date has yet been set for LCC1’s re-launch into traffic at Crich, but further information will be made available at: www.tramway.co.uk near the time. 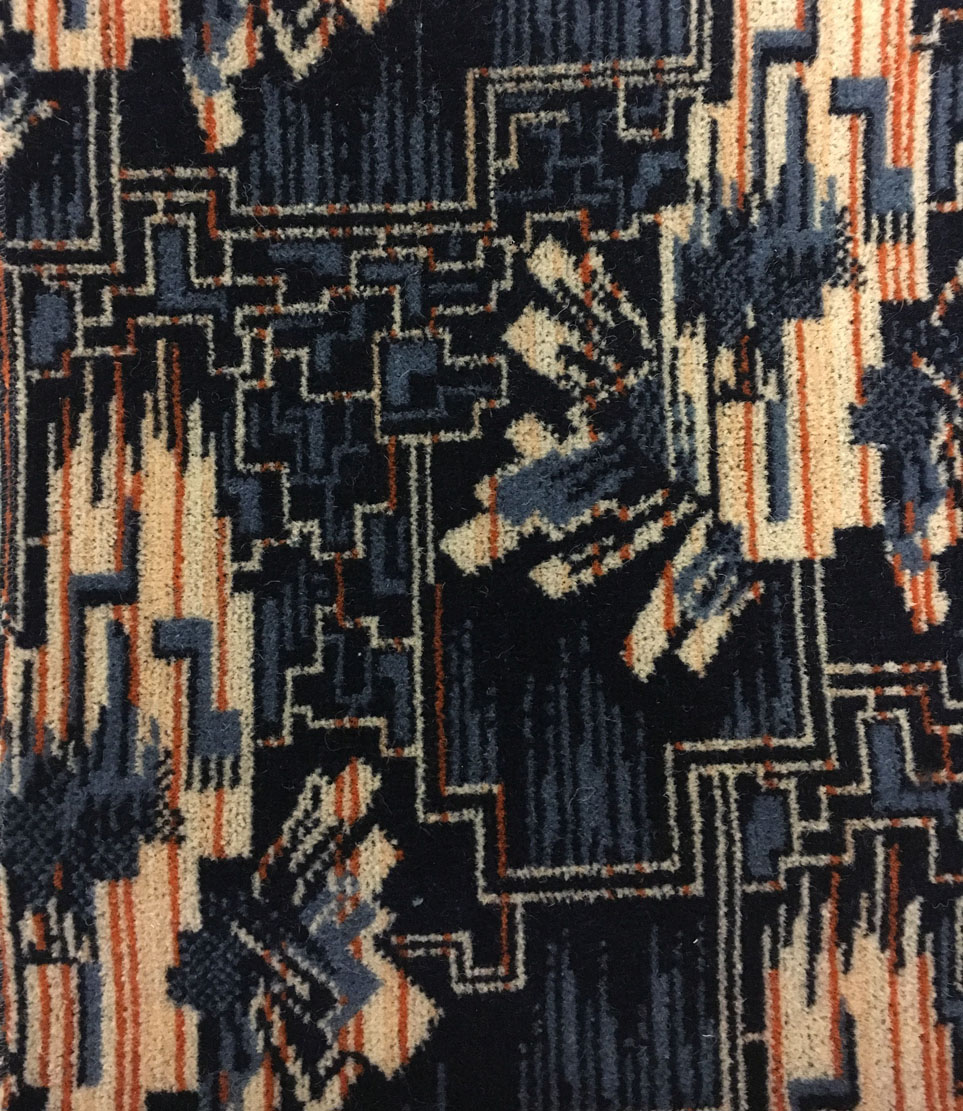