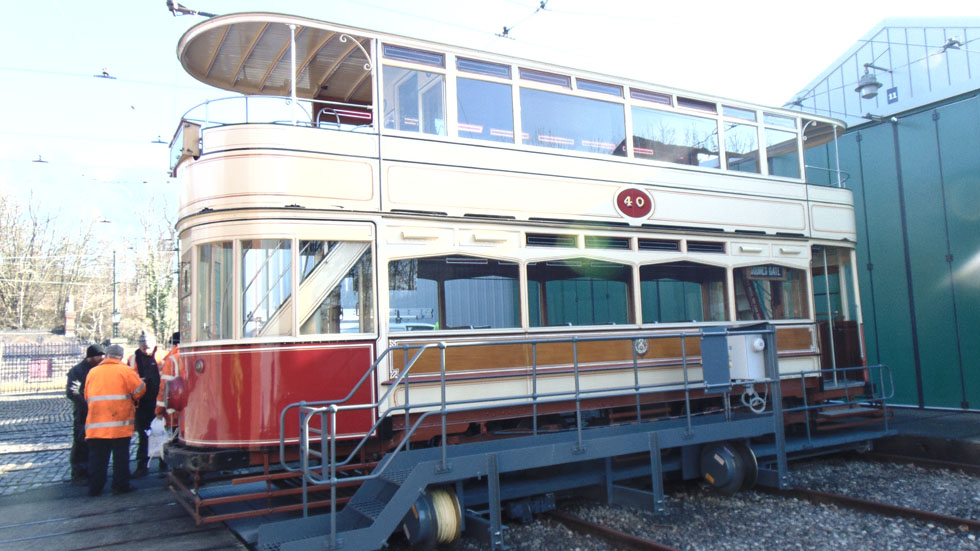 Our Traverser has now returned from a comprehensive overhaul thanks to Chesterfield Crane Company.

The Traverser plays an important role at the museum as the sole means of access to the tramcars on display in our Great Exhibition Hall and Depots 5 & 6. (Below left photo shows a tram from the Exhibition Hall on the traverser).

Following a bearing failure during the summer of 2018, it was decided that a complete overhaul would be conducted during our closed months as the unit had not received major works since its last refurbishment in 2005 and we wished to avoid any further mechanical or electrical failures. (Below right photo shows the removal of the traverser prior to the overhaul). 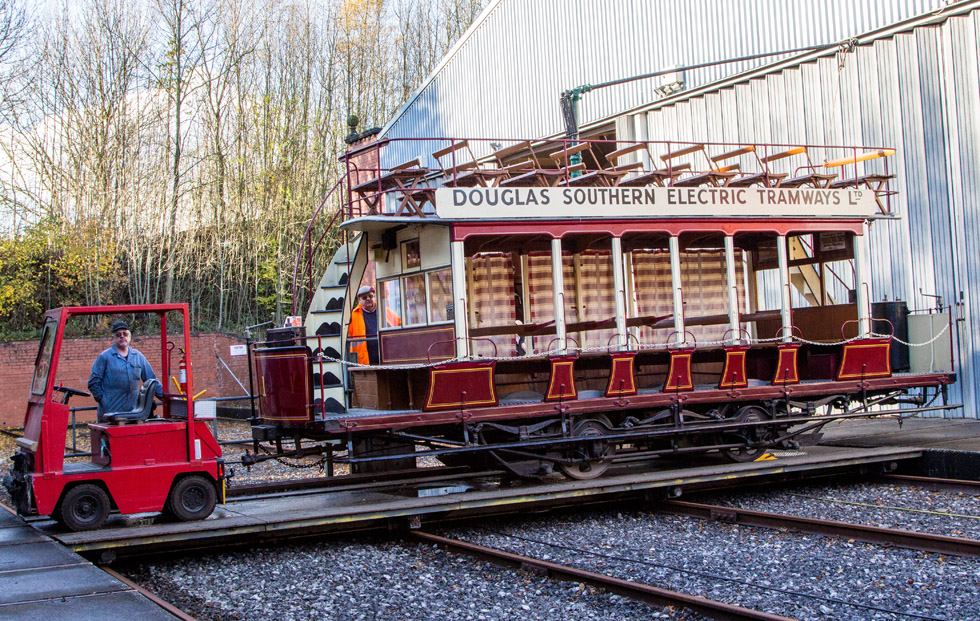 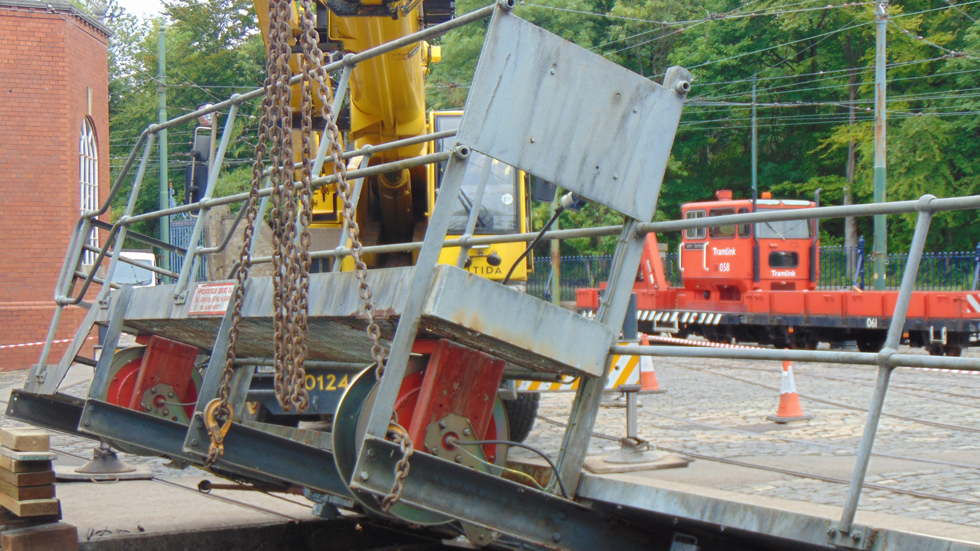 Following removal from site in November 2018, a broad range of works have been conducted to refresh and update the unit. The bearings and mechanical components have all been serviced and replaced as necessary, control wiring replaced and the carriage completely shot blasted and repainted. The works also included upgrading the controls to wireless units alongside a wireless second-man’s emergency button to allow better operator positioning and ease of use whilst moving tramcars.

The photographs below show the traverser returning and being re-installed at Crich Tramway Village. 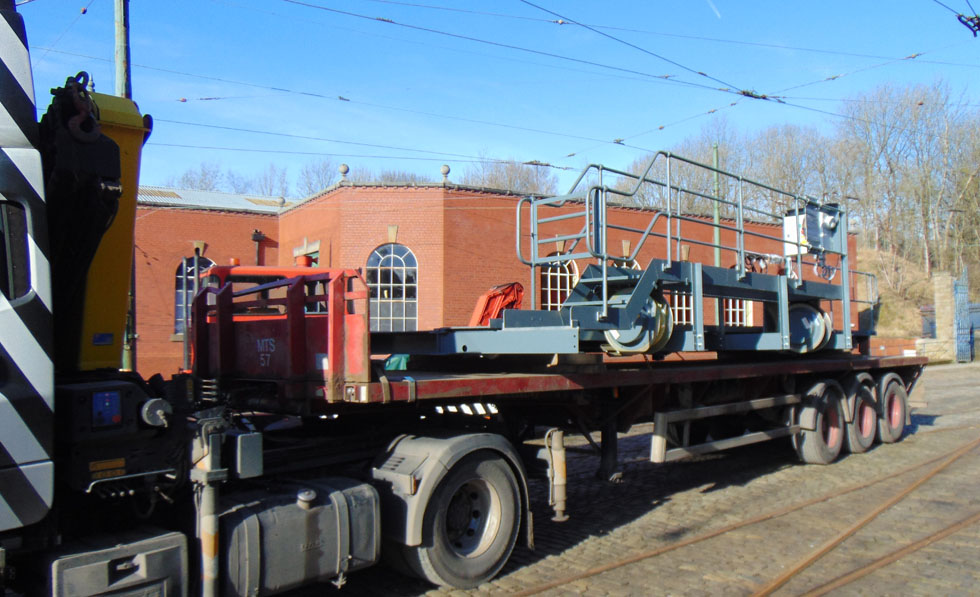 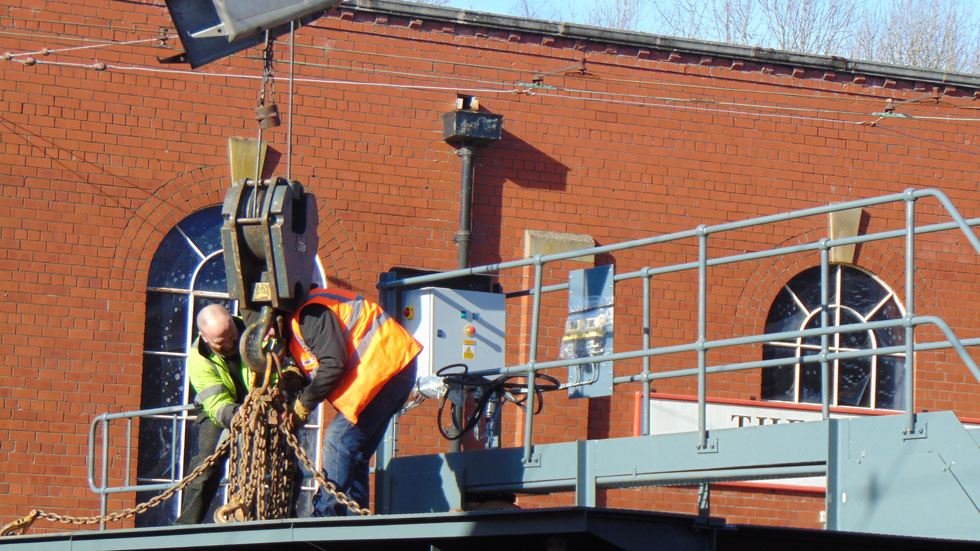 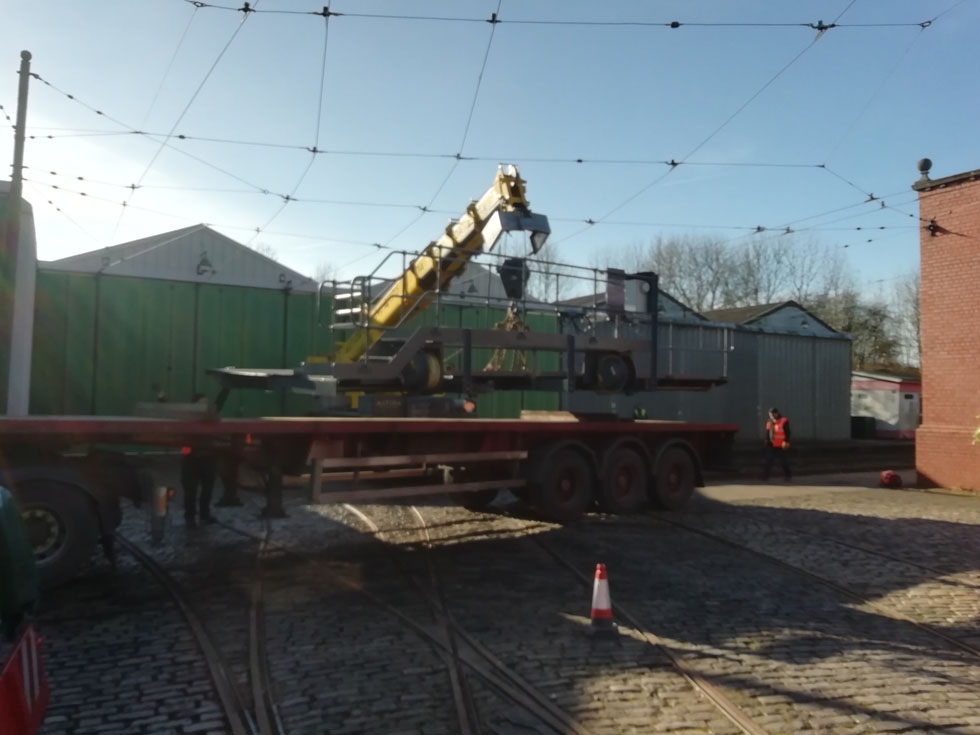 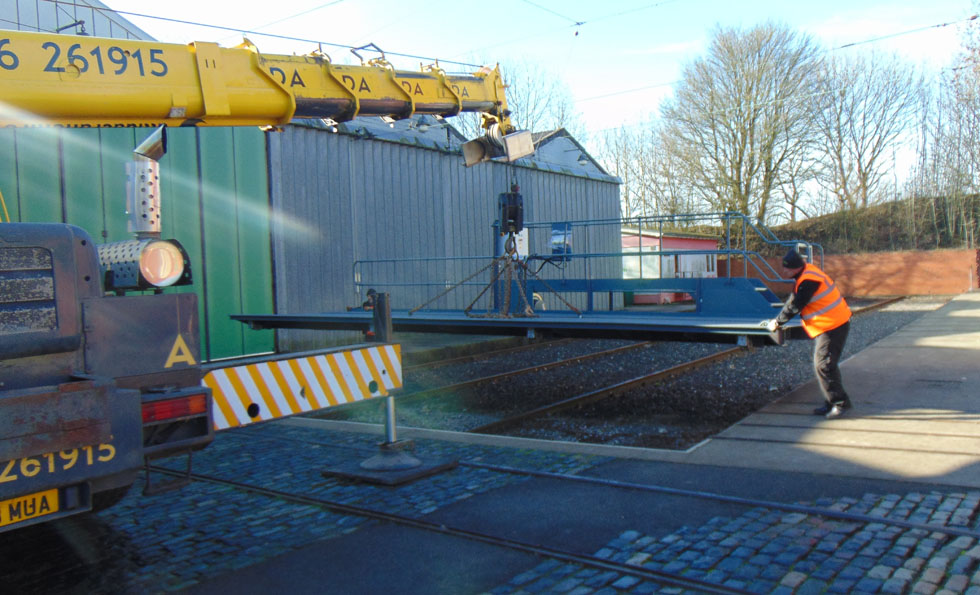 The Traverser has now been commissioned back into use and tested. Our team of staff and volunteers are undergoing refresher training on the changes.

We hope you get a chance to see our traverser being put to use moving historic tramcars once the Museum reopens to the public on 16th March.