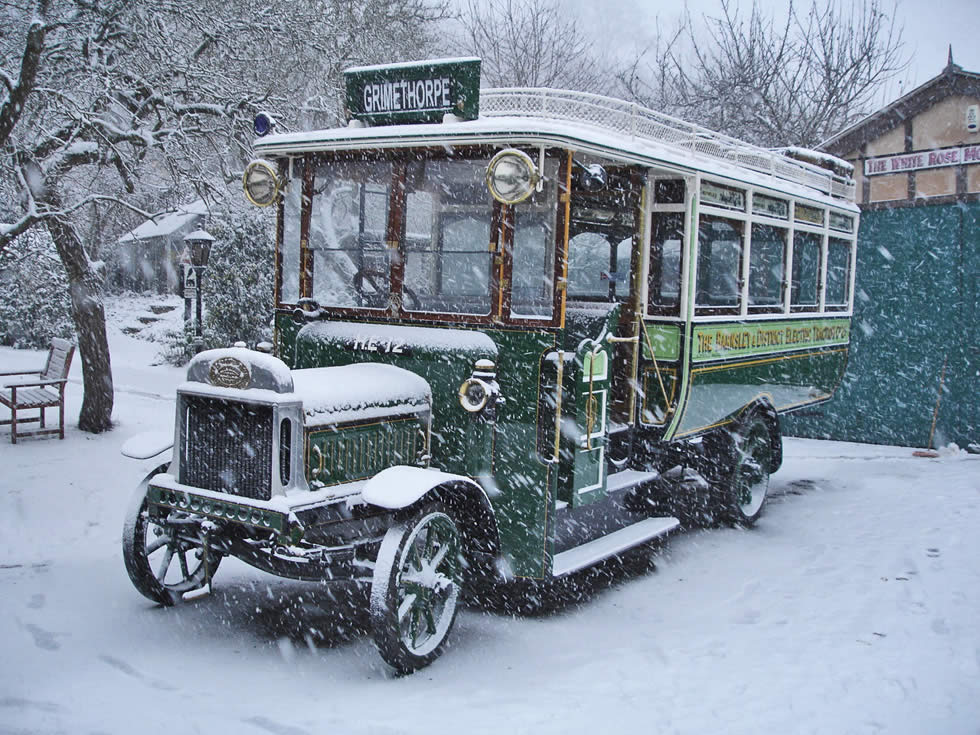 In January 2018 The Tramway Museum began a fundraising campaign to buy a 1913 Leyland ‘Combination Car’ motorbus. The Museum has now raised the £65,000 needed for the purchase, thanks to many generous donations and a grant of £45,000 from The H.B. Allen Charitable Trust, which is now winding up and will not be distributing any further funding. Thanks must also go to Mike Sutcliffe MBE and his wife Pat who wanted the bus to have a permanent home at the Museum and have offered the bus for sale for less than half its market value. The bus was lovingly restored and authentically rebuilt to its original condition by Mike in 2006. Car No. 5 has profound historical importance and symbolises a significant chapter in the story of Britain’s Tramways, which until now has not been represented in the Museum’s collections.
In 1913 Barnsley & District Electric Traction Company Ltd purchased 5 single decker buses to test the operation of petrol motor buses as an alternative to electric trams. Car No. 5 of the fleet is the oldest British full-size single decker bus in existence, possibly the oldest in the world. It is the only surviving ‘combination car’, demonstrating tramway connections and the oldest bus preserved out of all those once operated by British Electric Traction Group (BET), which was nationalised some 55 years later.

Barnsley and District purchased a further 15 buses, following the initial 5, which they hired out to other members of BET. The successful operation of the buses led to the ultimate replacement of all trams throughout BETs network, completed in 1951.

The 1913 Leyland has been on loan to the Museum from Mike Sutcliffe since it arrived at Crich for the 20th Leyland Society Gathering in July 2018.

Our Curator, Laura Waters says ‘We are delighted that the bus will now be able to remain at the Museum as a permanent part of our collection. We are extremely grateful for the kind generosity and support from the H.B. Allen Charitable Trust, Tramway Museum Society Members, our visitors and all others who have supported the project and allowed us to be able to make this valuable purchase to enhance our collection.”

Photograph below: Bus on quarry road at Crich © Andrew Bailey