As well as London trams, several visiting London buses added to the spectacle, with STL- Regent 1 giving rides to the public within Crich Tramway Village.

“Despite the weather, a number of hardy souls turned out to watch the recreation of busy London street scenes to welcome LCC 106 back into service after extensive restoration”.

See one review of the day at My Mummy’s World

Crich Tramway Village is open until 1st November 2015 with various events planned throughout the season. 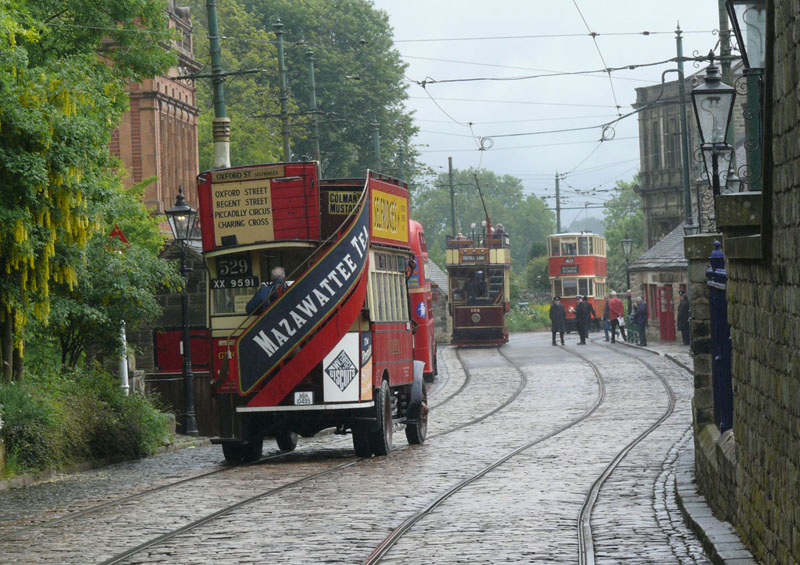