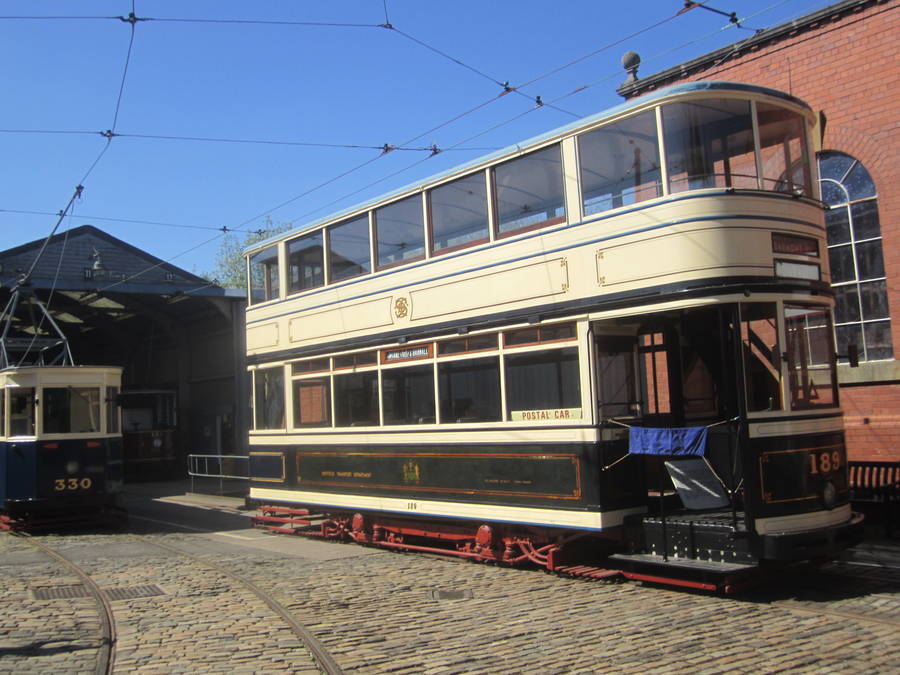 The heyday of the British tram coincided with the highpoint of municipal activism. Even before the electric traction era, many local councils had already established schools, parks and public housing estates as well as libraries and museums. Most early horse-drawn tramways were small-scale affairs that were built and operated by private companies but after the advent of electric traction there was a tendency for local councils to take them over, electrify them and extend them across the whole city. Many even generated the electricity used to power the trams, as was the case in Sheffield, which built a large generating station for this purpose at Kelham Island.

The first electric trams were often purchased from specialist tramcar manufacturers but, by the time Sheffield 189 was built in 1934, Sheffield Corporation had established its own workshops at Queens Road and was building tramcars to its own design. This was not only a valuable source of local employment but must have provided a welcome boost to the local economy – in contrast to today’s second generation tramways, whose vehicles are much more likely to be imported from abroad. Built to a 1927 “sample” design that was developed by local tramcar manufacturer, Cravens, 189 is a typical example of a Sheffield ‘Standard’ tramcar, of which 210 were constructed by the Corporation. It formed part of a modernisation programme that was intended to meet the growing challenge posed by improvements in motor bus technology and accompanying levels of passenger comfort. The resulting ‘Standards’ incorporated a number of innovations including air brakes, upholstered seats and a generally more modern appearance than the modified Edwardian and second hand cars they replaced.

Unlike other systems, for example Glasgow’s, whose modernisation programme included the upgrading of existing tramcars in addition to the incorporation of completely new cars, Sheffield Corporation managed to achieve a major fleet replacement and 189 (together with 264) thus represents the high-point of the Sheffield system. It was put into service mainly on the Ecclesall-Middlewood and Fulwood-Malin Bridge routes and operated out of Holme Lane Depot before transferring to Tenter Street when the former depot closed. The tram survived the destruction brought about by the blitz, which destroyed ten of its sister cars and continued in service until 1958, when it was generously donated to local members of the fledgling Tramway Museum Society and, equally generously, was provided with storage space at Tinsley depot as the society still at that time lacked a home for its preserved vehicles. It was thus available to take part in the ceremonial procession when the Sheffield system finally closed in October 1960.

Sheffield 189 is often credited as ‘the tram that found Crich’ as local members, who were desperate to find a new home for their new acquisition in 1958, followed up a local newspaper advertisement for a building that might be suitable, which was situated at Crich quarry in Derbyshire. Fortunately, they discovered not just a building but an extensive site that was capable of accommodating a growing number of other rescued tramcars from all over the country and, in due course, from even further afield.

Although 189 did run at Crich for a while in the early years (intermittently between 1969 and 1980), its largely original bodywork is now in rather poor shape and will need a major overhaul before it is able to operate again. In the meantime, it continues to be displayed as a static exhibit, and is currently housed in the depots.

Earmarked for preservation in 1958 and stored in Tinsley depot until the end of the Sheffield system, by which time the then disused quarry at Crich had been acquired as a permanent home thanks to the quest for somewhere to accommodate 189.

Although the bodywork is still original, the interior fittings are not, since many were replaced by the best that were available from cars that were about to be scrapped.