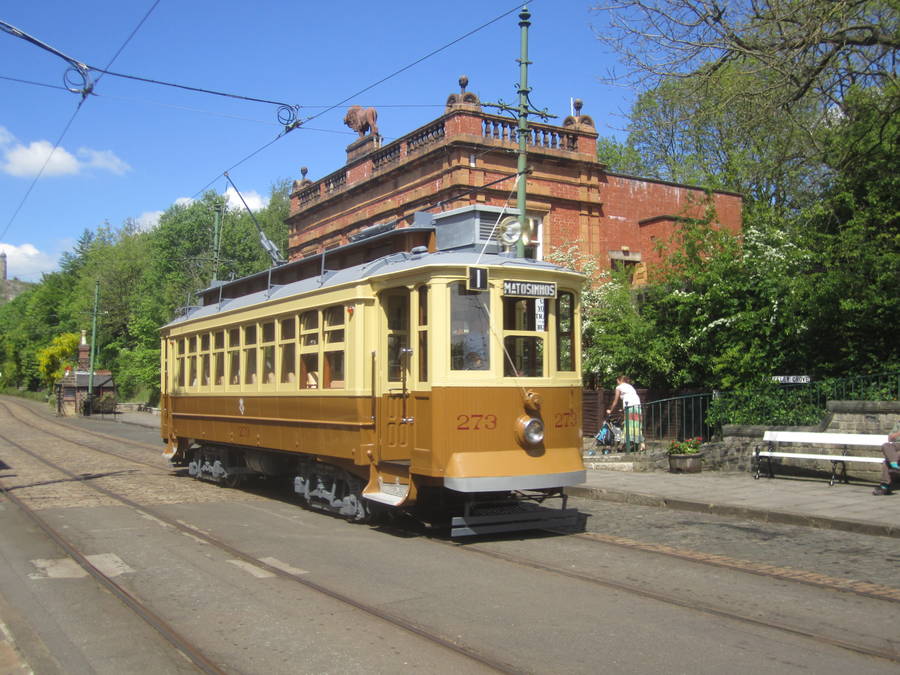 One of the aims of the Tramway Museum Society is to illustrate the key phases in the historical development of traditional tramcars, but not all of these were represented in the type of tramcars that were typically designed and operated in the British Isles. One example is a design that became popular in North America and in several continental tramways, particularly those enjoying warmer climates than we tend to experience.

Known as the semi-convertible tramcar, as patented by the American manufacturer J.G. Brill, this particular design was, in effect, a hybrid vehicle, offering a kind of half-way house between traditional wooden bodied open-sided tramcars of the kind that operated in many British seaside resorts during the summer months and the fully-enclosed tramcars that came to be favoured by most inland tramway systems.

In parts of North America, where the climate veered from extremely hot during the summer months to exceedingly cold in winter, many tramway operators originally operated fleets of both types of cars, which was extremely expensive and wasteful.

Various attempts were made to design a ‘convertible’ tramcar which offered the best of both worlds, but these were far from ideal and usually had to be taken out of service at least for a time while the conversion process was undertaken. (Newcastle 102 is a rare domestic example of a tramcar that was initially intended to operate in a similar manner, before its reconstruction as a more conventional open-topped double deck tramcar). Brill’s ingenious solution was to design a broadly conventional-looking tramcar with cross benches and central aisles that loaded and unloaded from the end platforms. Its unique feature was to incorporate a row of much deeper windows which were made fully retractable when conditions were hot. But instead of dropping into pockets, which would take up valuable interior space, the upper and lower window sashes could easily be slid up into a pocket in the barrel-shaped roof where they were out of the way. So passengers were able to adjust the level of ventilation as they wished and while the car was in motion.

The result was a design that combined the extra ventilation of an open car with the additional rigidity and increased safety of a fully enclosed tram body while retaining the ability to protect passengers from adverse weather conditions whenever required. As the ultimate stage in the development of wooden-bodied tramcars, the semi-convertible design quickly achieved the status of an industry-standard, thereby enabling Brill to dominate the North American tramcar manufacturing industry for many years. The first semi-convertible tramcar was built for the Washington, Alexandria and Mount Vernon Railway but was quickly adopted by other operators both at home and abroad. It was particularly well-suited for Portugal’s climate and in 1904 Brill supplied Porto with its very first bogie car, car 90, which was built to the semi-convertible design. For many years it was the only bogie motor tram to operate in Porto, but in 1928 Porto’s transport undertaking built number 273, which was one of eight cars based on the drawings for Brill’s original 1904 design that were built in Porto during the 1920s. 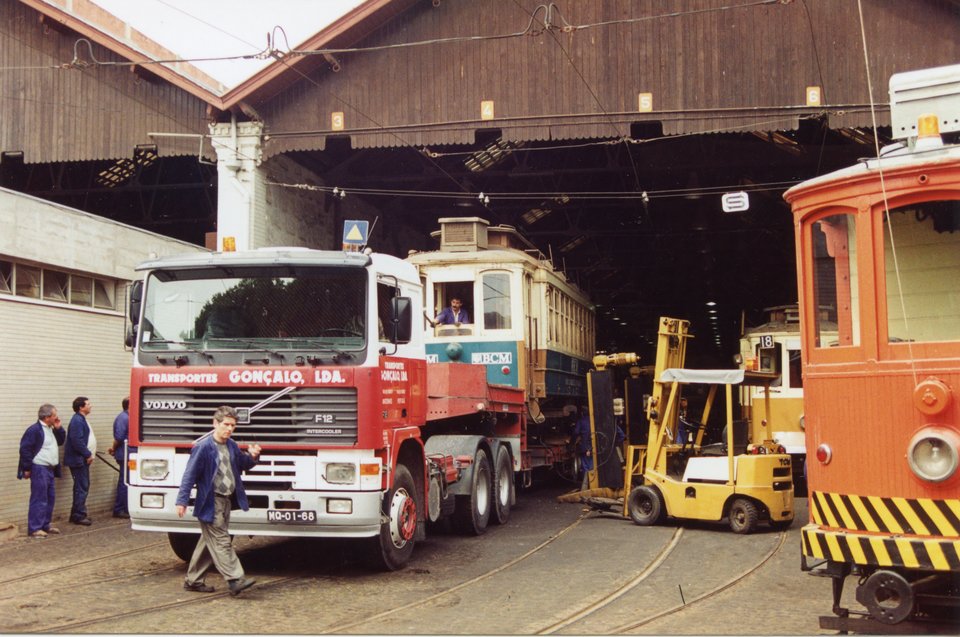 All 8 of this batch of cars survived into the 1990s, by which time most of the original North American semi-convertible trams had either been scrapped or snapped up by American trolley museums. So when the Tramcar Museum Society decided to acquire a semi-convertible tramcar of its own, an Oporto tramcar was an obvious choice and 273 was considered to be the best of those still available for preservation when it came to be withdrawn in the spring of 1995. 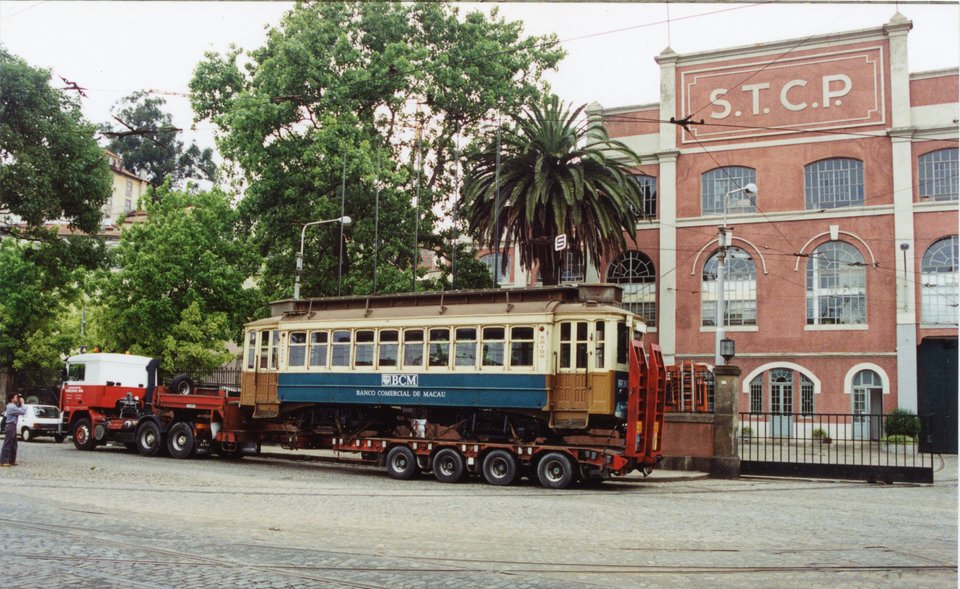 273 leaving its STCP depot in Porto for the final time. Photo courtesy of Crich TMS photo archive, May 1995.

After its arrival in Crich, number 273 was inaugurated on 18 August 1995 but then had to wait until 1999 before it could be extensively restored with the aid of a grant from the Heritage Lottery Fund, a process that was not completed until September 2001. The tramcar was painted in its post-war livery and fulfils its intended purpose of illustrating a significant phase in the development of tramcar design that was highly influential in both North American and continental tramways, though there were only a very few examples in Britain. 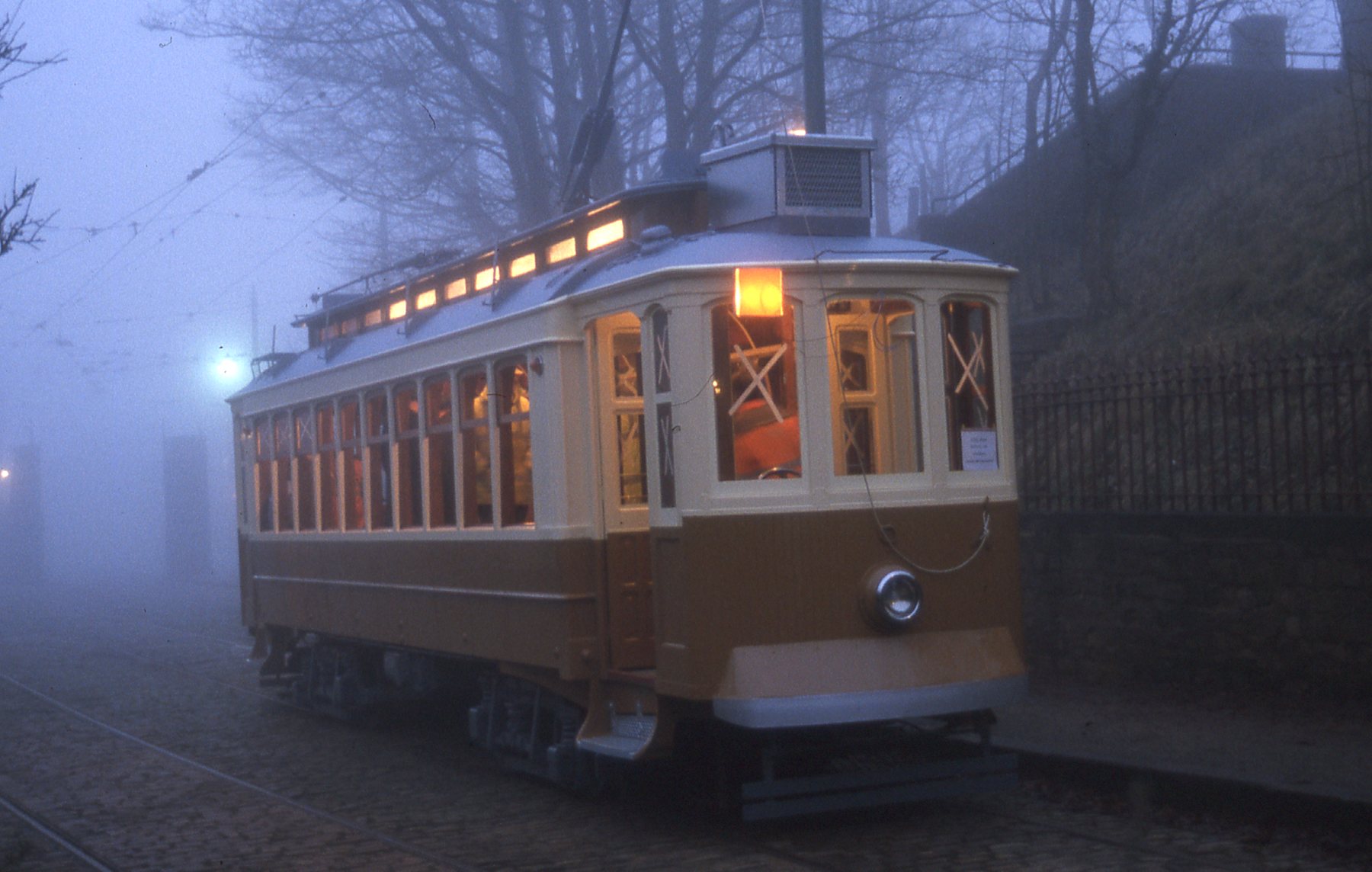 Oporto 273 outside the depot gates prior to entering service in 2001. Photo: Jim Dignan

Since 2002, Oporto 273 has formed part of the operating fleet at Crich, but it also put in an unexpected guest appearance at the 125th anniversary celebrations of Blackpool’s Tramway in 2010, when it became the first foreign-built tram ever to operate on the system after being substituted at the last minute for a double decked tram that was recalled en route after encountering problems with overhanging trees.

The tramcar was out of action with a defective axle during the 2018 season, but has since returned to operational service. 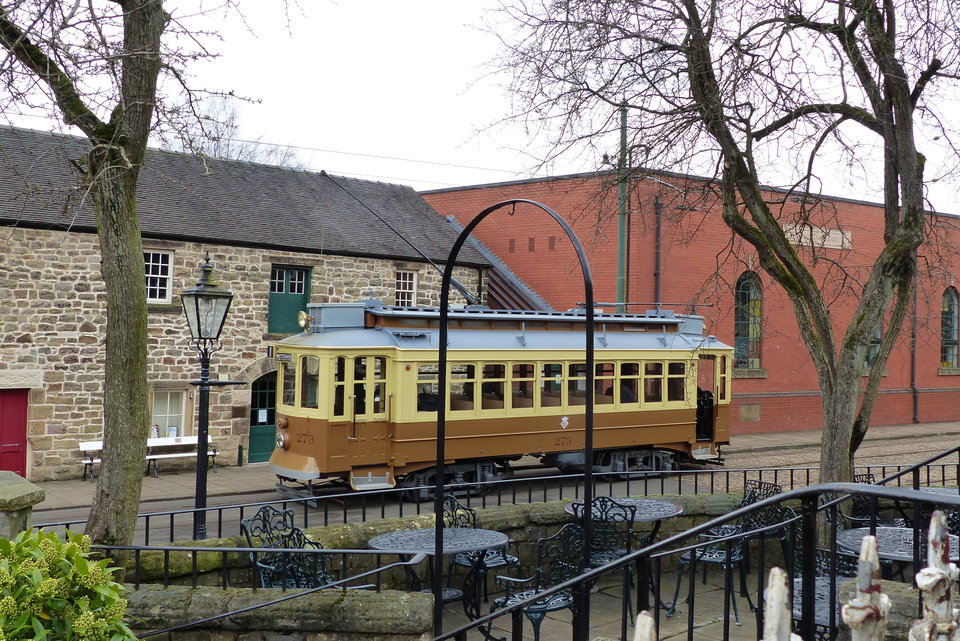 273 was one of only a handful of cars to see the light of day before the 2020 operating season was brought to a premature close by the onset of the coronavirus pandemic, though the museum did reopen on a restricted basis later in the season. Photo: Jim Dignan, 19/3/2020.

Transported to Crich in May 1995

1999-2001 restored to operational condition with the aid of a Heritage Lottery Fund grant.

Current status
Restored in operational condition. Commissioned for service as part of the operational fleet during the current season.
Date started operating at Crich
29 September 2001 entered service on an occasional basis initially. Has operated in 15 seasons, including 2020.
Total mileage covered at Crich
5,656
Current location
Depots