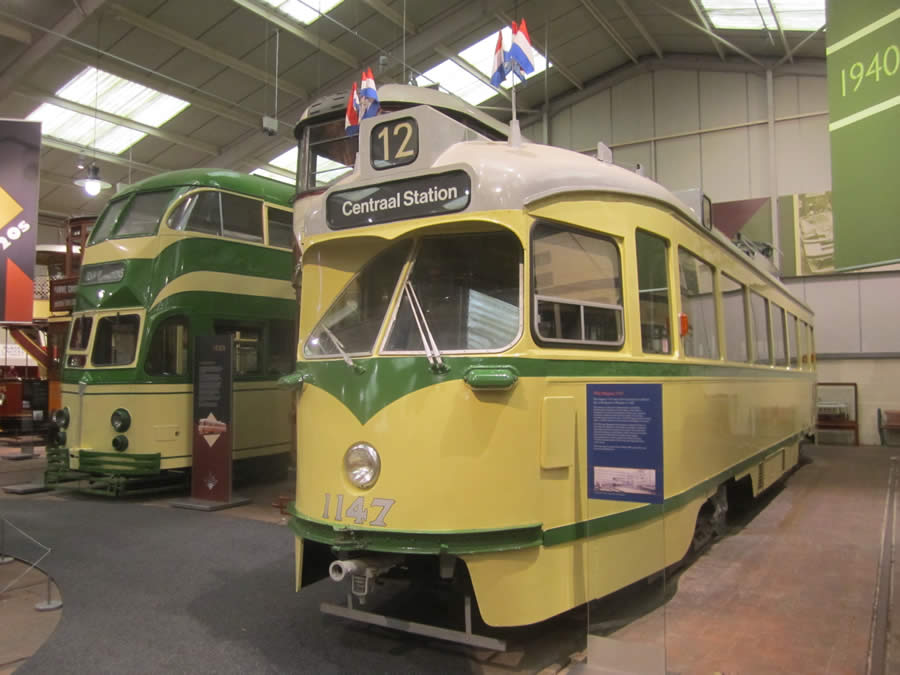 Den Haag 1147 represents one of the most iconic and influential tramcar designs of all time, known as the ‘PCC’. Most remarkably of all, perhaps, is the fact that the design emanated from a committee – the Electric Railway Presidents’ Conference Committee – that was established in 1929 to come up with a new type of street car capable of fending off growing competition from diesel buses and private automobiles.

Although committees don’t have a great reputation for producing successful designs, this one proved to be a notable exception. The key to its success lay in the methodical and scientific way it set about defining its objectives, preparing and conducting a detailed research programme and using the findings it obtained to prepare a set of specifications for a radical new design of tramcar that incorporated a high degree of standardisation and afforded relatively limited scope for modification. Most were single-ended trams (which were relatively unusual in Britain) though double-ended variants were also produced in smaller numbers. 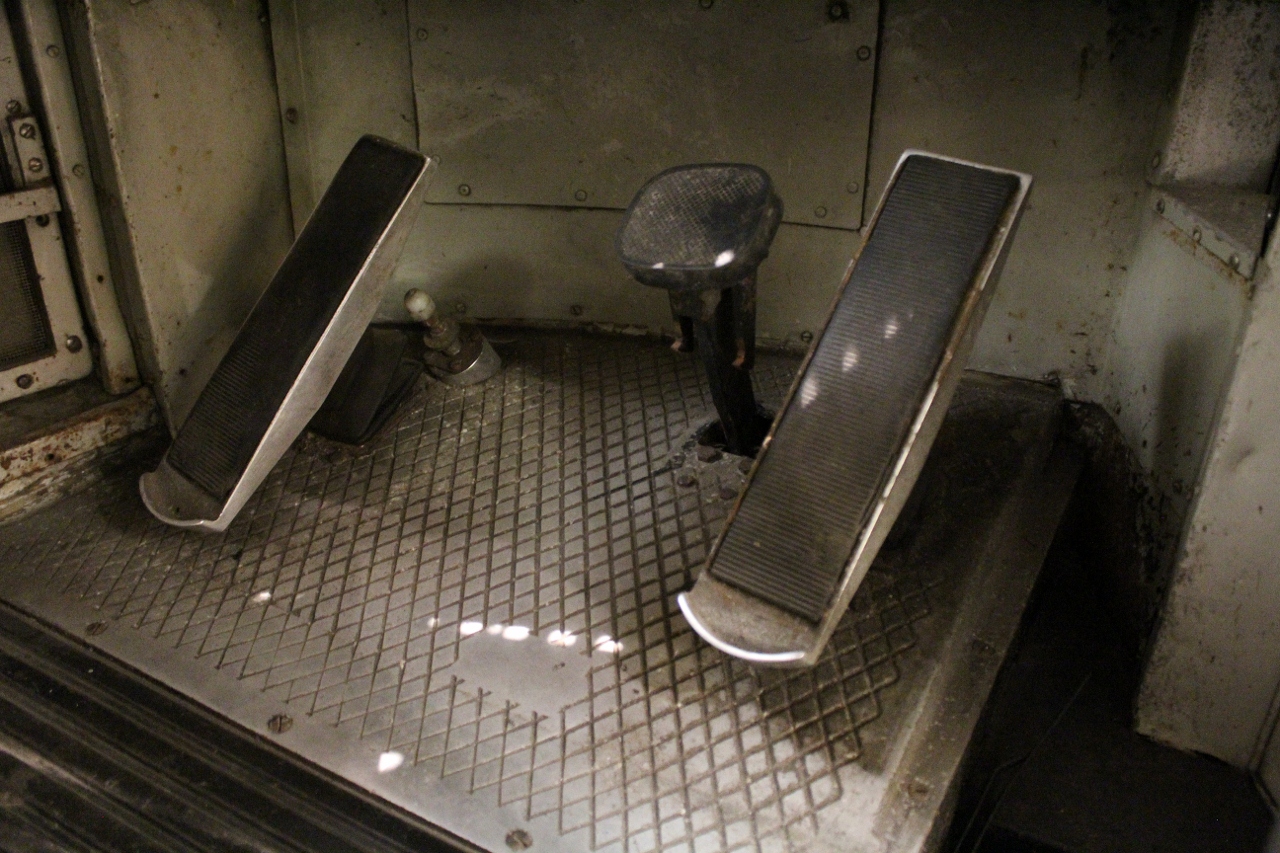 An unusual design feature on 1147 is the foot-operated controller. Contrast this with the more conventional hand-operated design fitted to most British tramcars, as can be seen on Leicester 76. Photo: Paul Abell

The end result was a very distinctive streamlined design, smooth and efficient acceleration and braking combined with a superior level of passenger comfort. One of its distinctive features involved the extensive use of rubber mountings in springs, wheel tyres and truck components. Another innovation involved the use of hypoid gears that were more efficient and silent in operation than conventional worm gearing. The overall effect was to considerably reduce the noisy clatter and vibration associated with older designs of tramcar, which contributed to a much smoother and more comfortable ride for passengers.

Once the committee had successfully utilised its systems engineering approach to produce a tramcar design that would be suitable for mass production this design was then licensed to various constructors both in North America, where a total of 4978 PCC units were eventually produced between 1936 and 1952 and also mainland Europe, where many more thousands of PCC tramcars were produced during the second half of the 20th century. They included CKD Tatra of Prague which built 18,680 PCC-based tramcars before production ceased in 2000. These are easily the most numerous type of tramcar produced anywhere in the world. Hague 1147 was one of several hundred streetcars built under licence by La Brugeoise et Nivelles of Bruges, Belgium (which now forms part of contemporary manufacturer of light rail vehicles, Bombardier). Just after the second world war the Hague’s fleet of conventional tramcars was severely depleted as a result of war-time damage and also the commandeering of tramcars by the German occupying forces for use on other tramways in Germany.

In 1949 the first American style PCC tramcar was delivered, the only significant modifications being a reduction in length and width. This formed the basis of a fleet that eventually numbered 264 and was distinctive for a time in being the only European tram fleet that was operated entirely by PCC cars. Number 1147 was a relatively late addition to the fleet, having been built in 1958. These tramcars formed the mainstay of the Hague fleet until they were eventually withdrawn at the end of June, 1993. Number 1147 was the last of its class to escape the scrap line at the Zichtenburg depot and was acquired for preservation in January 1994 by the Tramway Museum Society which was keen to add an example of such a notable class of tramcar to its collection. The tramcar’s body was imported via Hull by North Sea Ferries on 3 January 1994, its motors following on separately. Since its arrival in ‘as withdrawn’ condition, the tramcar has undergone a cosmetic restoration only, which involved it being repainted in its original Hague green and cream livery. It has still not been reunited with its motors, however, since – as a single-ended car – it would not be feasible to restore it to operational condition for use at Crich. For many years this tramcar formed the centre-piece of a specially created PCC tramcar display in one of the depots, but following the refurbishment of the main Exhibition Hall in 2010, it now forms part of a display of streamlined trams.

In the immediate aftermath of the second world war, the Light Railway Transport League (now the LRTA) proposed, in 1944, that Britain should introduce PCC-type tramcars as the basis for a rejuvenated tramway system.

Hague 1147 provides a tantalising glimpse of the way tramways might have evolved, as in many parts of mainland Europe, had this proposal been adopted. But even though this particularly recommendation fell on deaf years, some fifty years later the first of a second generation of tramways opened in Sheffield in 1994, just after Hague 1147 and its sister PCC cars had been phased out.

This brought Britain back in line with much of mainland Europe and the rest of the developed world in recognizing the contribution that tramways have to play in providing an efficient and reliable public transport system.

Renovated during the period 1974-80, in the course of which they were adapted for self-service, which meant that the doors became passenger-operated. New brake and tail lights were added and the interiors were refurbished. The trams were repainted in ‘sand yellow’ livery.

Acquired by Tramway Museum Society and brought to Crich in January 1994. Cosmetically restored in original Hague cream and green livery after arrival.

Likely to remain on ‘static display’ only as its single-ended configuration renders it unsuitable for operation at Crich.