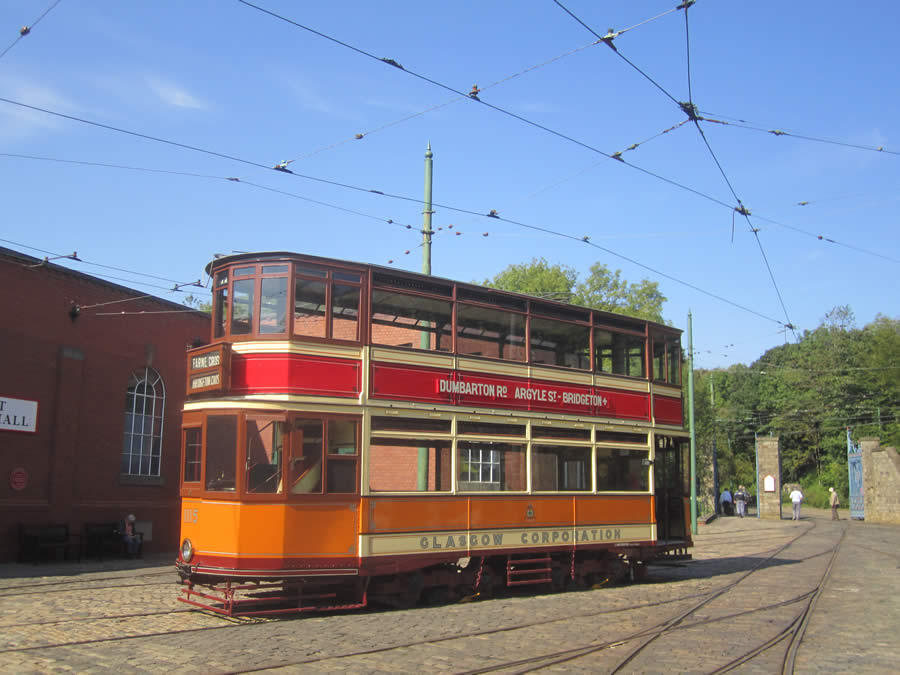 Glasgow 1115 represents a clear departure from that city’s traditional policy of gradually refining and upgrading its existing tramcar fleet through a series of incremental improvements. When faced with growing competition on its inter-urban services during the 1920s from unregulated bus operators, the Transport Department responded by adopting a radically different design of tramcar of the type favoured by large London operators, even though many of its components were designed to be inter-changeable with the existing Standard tramcars.

Hitherto, the city had exclusively operated traditional four-wheeled tramcars despite their tendency to induce an unpleasant ‘tail-wagging’ motion when passing over rail joints. But in order to improve the ride quality for passengers a new batch of 50 tramcars was ordered in 1928 that incorporated a then radical new design of eight-wheeled maximum traction bogies that were renowned for their smooth running. The bogies were supplied by the Ayrshire-based Kilmarnock Engineering Company and for that reason the trams became known as “Kilmarnock bogies”, though they were actually manufactured in the parent company’s English Electric works based in Preston. The bodies were constructed by three separate builders albeit to an identical specification and 1115 was one of 30 provided by the Motherwell firm of Hurst Nelson. One innovative feature involved the use of patented steel strengthening to the main pillars and this kept the sides of the tram very slim and allowed for extremely wide saloon interiors, enabling the use of double transverse seating on the lower deck for the first time.

Unfortunately, despite their more advanced engineering, the new trams proved incompatible with much of Glasgow’s existing track-work and were embarrassingly prone to derailing, particularly when undertaking sharp right hand corners at some of the city’s busiest junctions. This caused chaos by bringing much of the tramway network to a halt. As a result, the new trams were restricted to the relatively straight and flat east-west services that linked Dalmuir West, Clydebank or Scotstoun with Auchenshuggle and Burnside. By 1930 most had been repainted from green to red service colours and assigned to the Partick and Dalmarnock depots as part of this switch-over. In 1943/4 the lower seating in all but three of the series was rearranged longitudinally in order to increase their capacity by providing more standing room on the highly congested shipyard services. Number 1115 retains these and also the draught-reducing ‘jack-knife’ doors on the platforms, which were installed just after World War II. 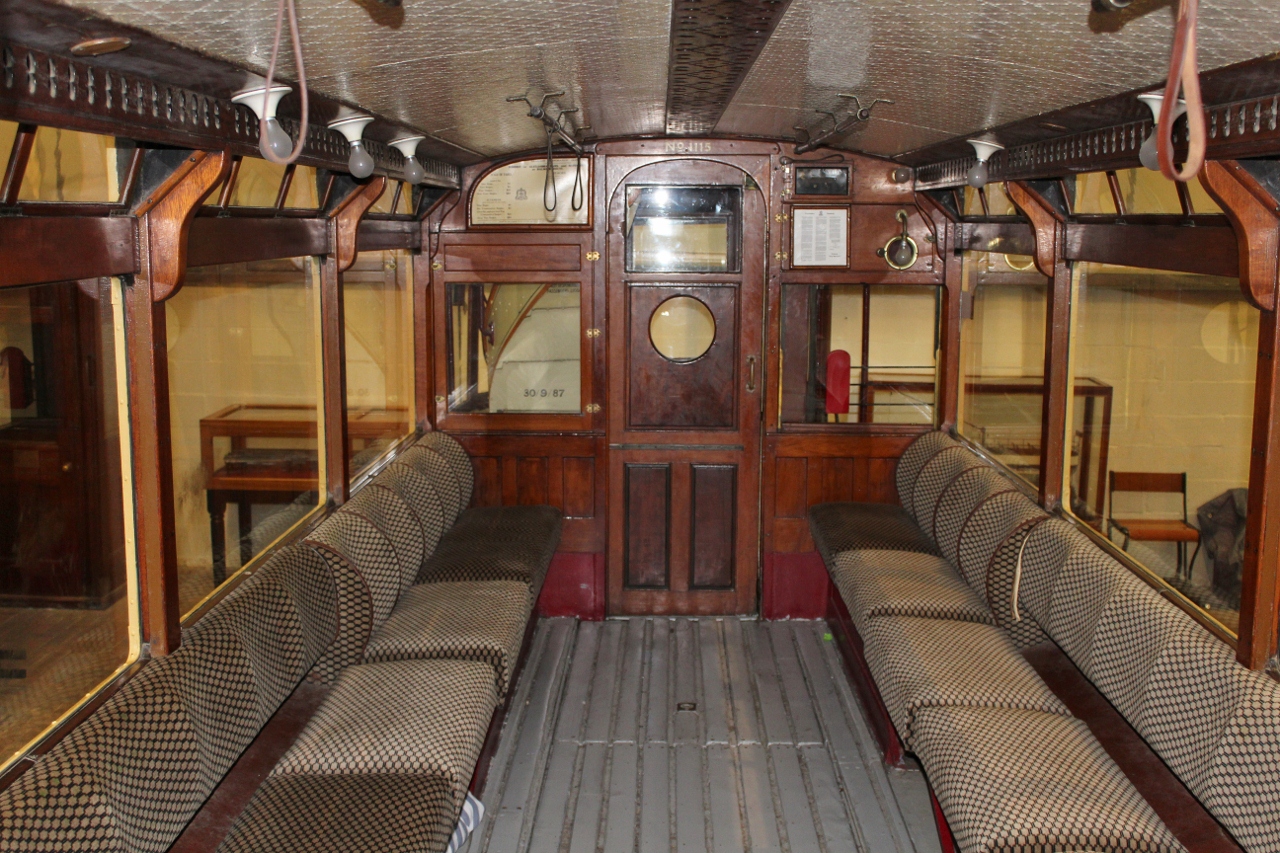 Packing them in! 1115’s longitudinal seating on the lower deck was designed to maximise its capacity by increasing the amount of standing room. Photo: Paul Abell, 16/7/2018 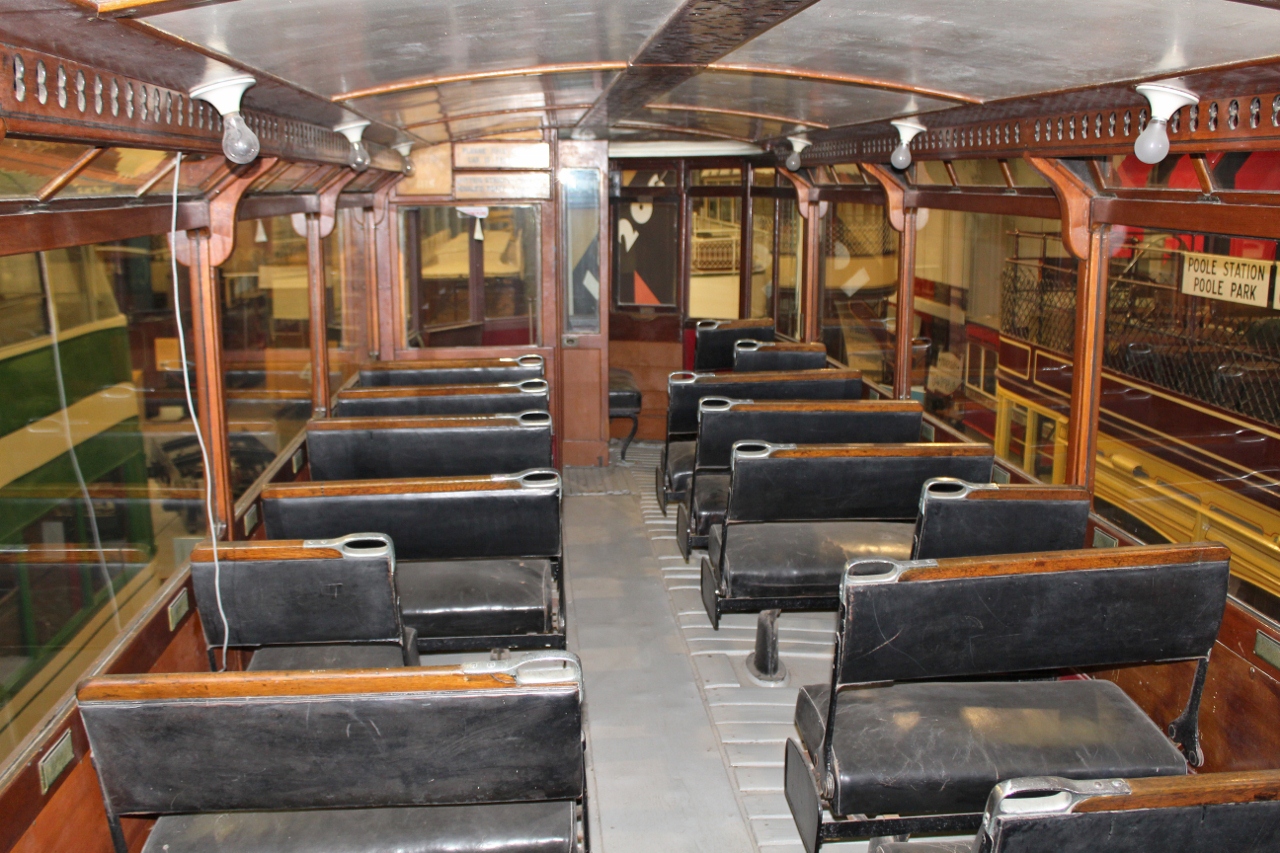 Subsequently, it was selected for a new role in the early 1990s, when it became the centrepiece of the “Trams at Night” display in the then newly opened exhibition hall. This required the original wiring to be replaced in order to install the requisite 240 mains voltage, though in other respects much of the tramcar is still in its original condition. Glasgow 1115 during its period as the centrepiece of a “Trams at Night” display. Photo: Jim Dignan.

Although its nocturnal existence was brought to an end when the static display area was remodelled in 2010, the decision was taken to conserve the tramcar in its existing state rather than put it forward as a candidate for a full restoration to operational condition. 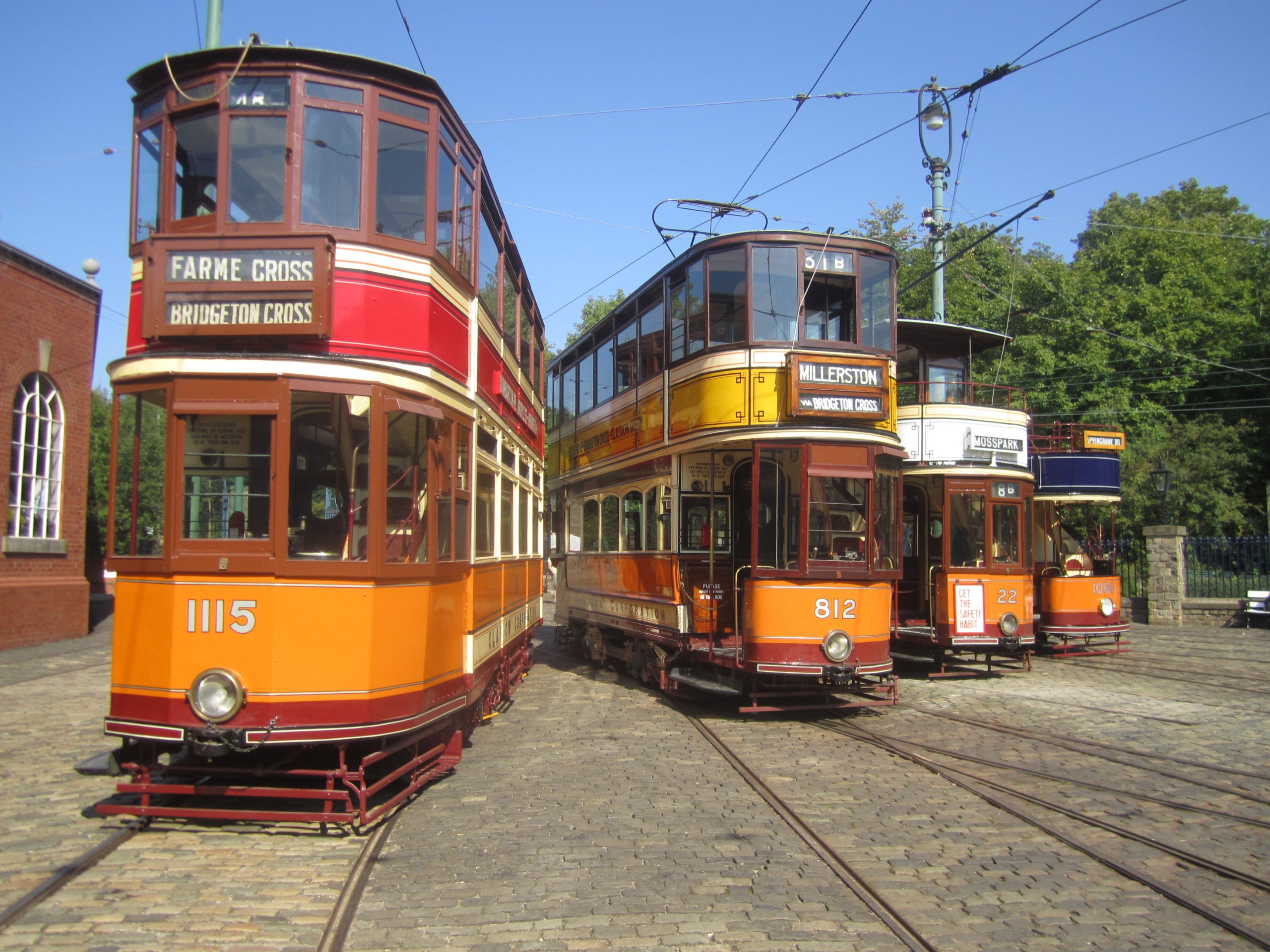 On a rare outing, 1115 is lined up alongside other Glasgow tramcars on 15th September 2012 to celebrate the 50th anniversary of the closure of Glasgow’s tramway. Photo: Jim Dignan

Largely unrestored, much of the tram retains its original condition, though the wiring was removed in the early 1990s in order to equip it with 240 volt mains wiring as part of a static display exhibition.