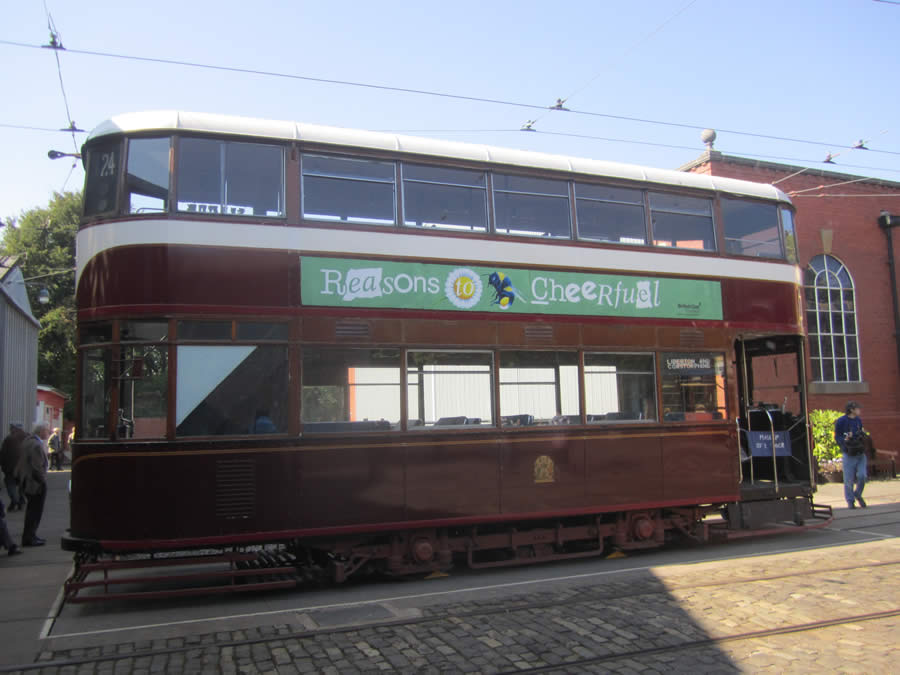 Edinburgh’s tramways have had a complex history, to which a new chapter was added in May 2014 when a new 14 km tramway was opened after years of delay. The city’s first trams were horse-drawn and their service commenced in 1871. Subsequently, a cable-hauled system was introduced in parts of the city, which continued to operate between 1888 and 1923, when the final section was converted to conventional electric traction. Many of the city’s early tramcars were converted cable cars, but in 1932 a new semi-streamlined design was devised, which formed the basis of the “Shrubhill Standards”, built in the city’s own workshops of that name. Car 35 was one of a series of new trams that were intended to replace the converted cable cars and, indeed, took the number of one of those trams.  By the time it entered service in 1948, however, the tramway system itself was approaching its twilight phase as the first closures began just four years later, in 1952 Based for most of its working life in the city’s Leith depot, the tram’s last day of service was 21 October 1956, by which time it was only eight years old. This relative youthfulness would not normally have prevented the usual fate for redundant tramcars at the hands of local scrap merchants, particularly since another Edinburgh tram – the last to have been built at the Shrubhill depot (no. 225) – had already been earmarked for preservation. In the event, however, this particular tram was involved in a serious collision just weeks before the final closure of the system, so 35 was selected as the ‘next best’ candidate for preservation. As a result, car 35 was not only overhauled and repainted but put on display in a transport museum in Edinburgh. A few years later it formed the centrepiece of a brand-new museum that was built, literally, around it in 1962 at the site of the old Shrubhill works. Unfortunately the museum turned out to have been less soundly constructed than its star exhibit and had to be closed in 1979 because of a roof defect.

The future of the tramcar – still at this stage owned by Edinburgh City Council – was then thrown in doubt again for several years until fate intervened once more in 1983 by granting the tram a new lease of life as a temporary visitor to Blackpool Corporation’s Tramway in time for its centenary celebrations in 1985.

While in Blackpool the tram encountered another Scottish émigré in the shape of a star of the Glasgow tramway fleet, car 1297, which provided an opportunity for the two to be ‘raced’ along the prom. Winning car 35’s driver was presented with a celebratory haggis as a reward for their achievement.

The tram was then returned to its homeland in 1988 for a stint at the Glasgow Garden Festival where it earned its keep by transporting literally thousands of visitors. After the closure of the festival, the tramcar was sent on its travels once more before ending up at Crich in 1989.

While at Crich, the tramcar – by now in need of a major overhaul – has served as a static exhibit and for several years languished away, overlooked, in one of the depots.  Ownership of the tramcar was transferred to the Tramway Museum in June 2008. 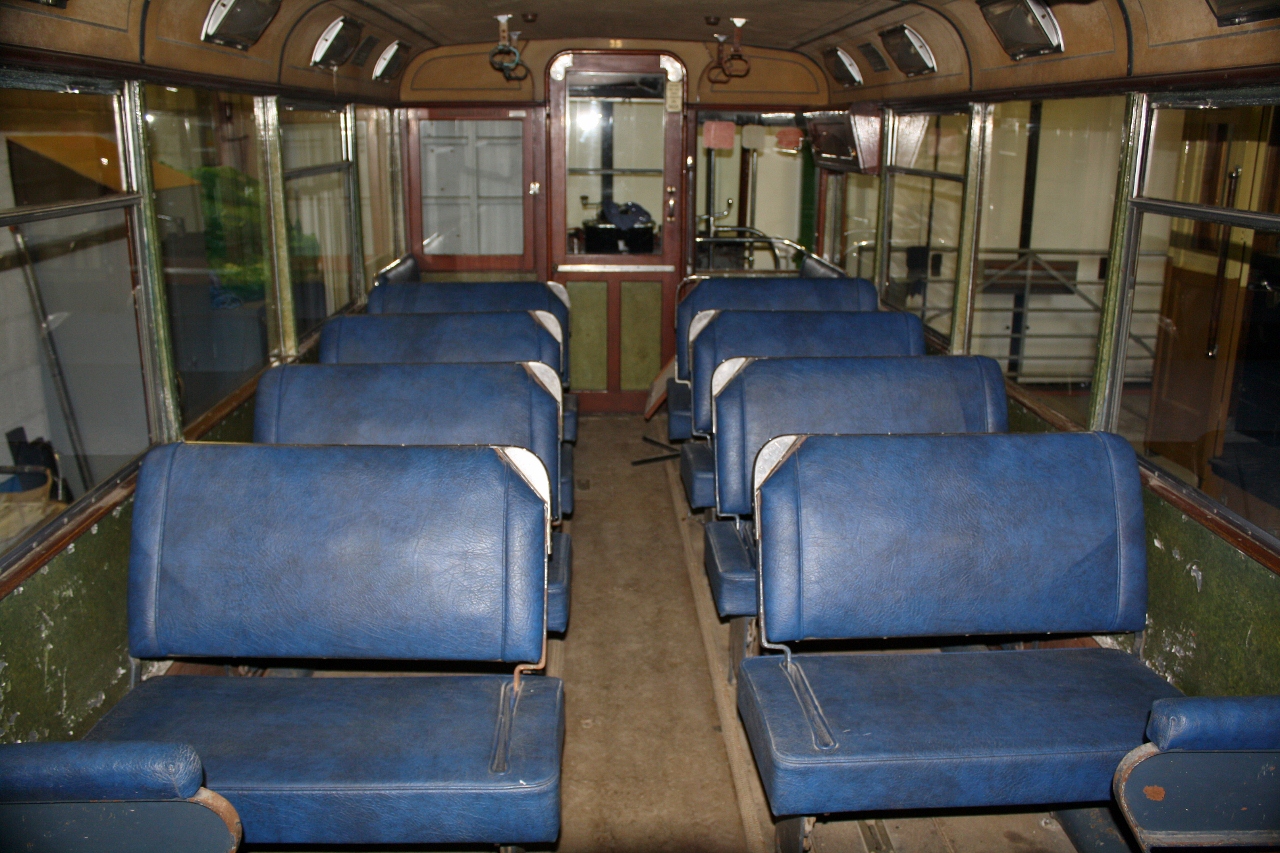 More recently the tram received a cosmetic makeover in 2013 in preparation for its removal from the relative obscurity of the depot tracks to take the limelight as part of the static display of tramcar evolution in the Exhibition Hall. This more prominent billing for a first generation Edinburgh tramcar seemed entirely appropriate at a time when the city was about to open its new second generation tramway to the travelling public. 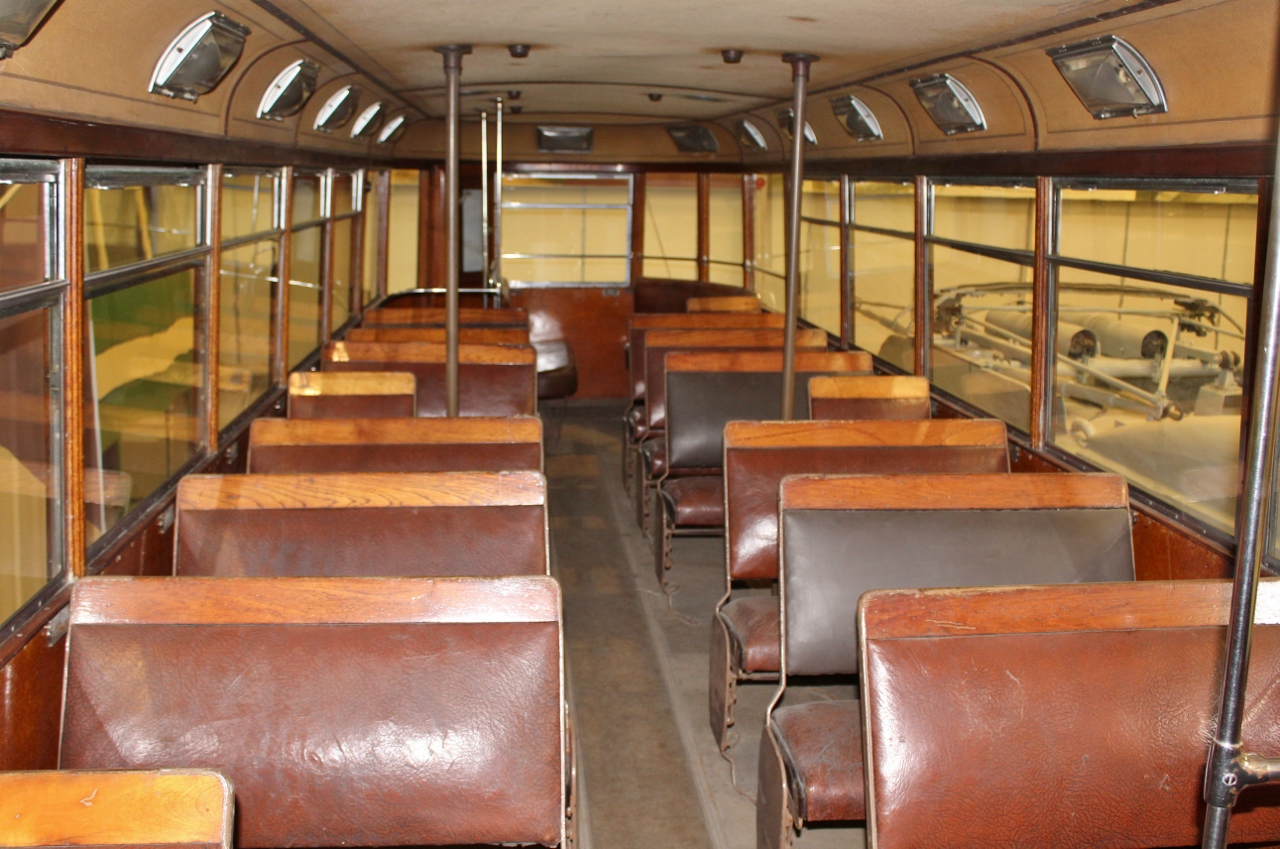 Edinburgh 35 now forms part of a dwindling band of tramcars at the museum that remain, more or less, in ‘as withdrawn’ condition.  It also has the unusual distinction of having graced the rails of no fewer than four different tramway operations: Edinburgh, Blackpool, Glasgow (garden festival) and Crich.

As for its future prospects, the transfer of ownership to the museum in 2008 removed one major obstacle to any future restoration proposal but finding the necessary funds for such a project, as always, remains another hurdle to be surmounted.

Saved from scrap for preservation, it was the ‘third choice’ after the first choice (225) was badly damaged in a collision just two months before final closure of the system and the second choice (172) had been repainted as the decorated ‘last tram’.

Overhauled and repainted immediately after being taken into preservation and was put on display for a time in its home city. After a period in storage (between 1979 and 1983) it was moved via a circuitous route to Blackpool, where it took part in the borough tramway’s centenary activities. It arrived at Crich on 12th October 1988 and was given a cosmetic makeover in 2013.