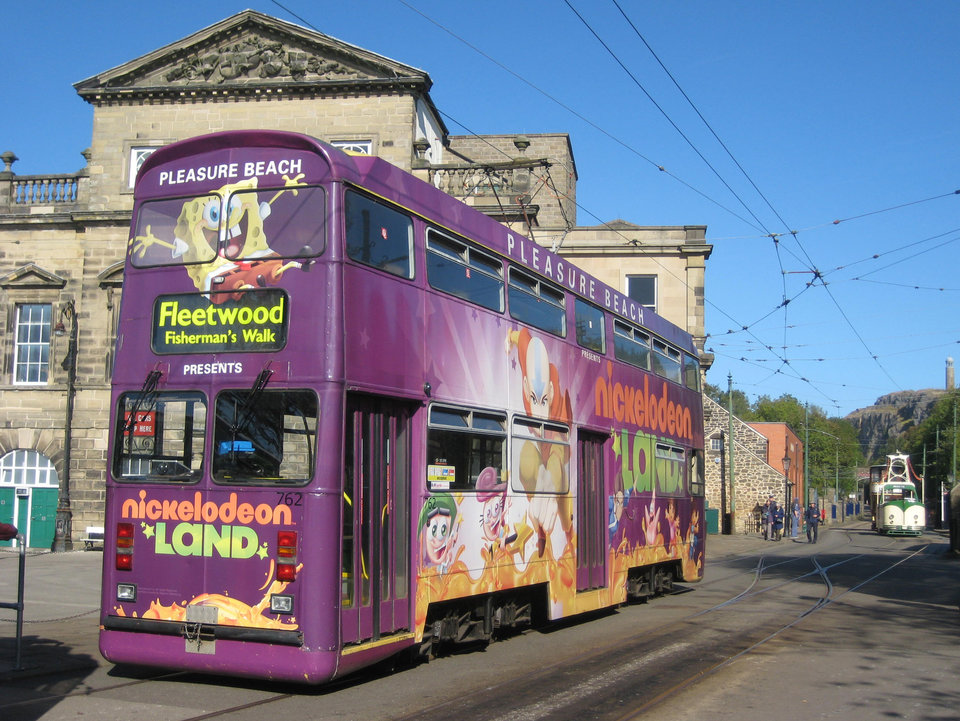 The period between the closure of Britain’s last major inland first generation tramway – in Glasgow in 1962 – and the launch of a new era of light rail or second generation tramways (starting with Tyne and Wear’s Metro in 1980) was a challenging one for Britain’s sole remaining tramway operator, Blackpool Transport Services. They were faced with an ageing fleet of trams and no surviving domestic tramcar manufacturer from which new vehicles could be purchased, so if new trams were needed they would have to produce them themselves.

At the same time, changes in the economic climate prompted a quest for increased operational efficiency, partly by trying to increase the carrying capacity of existing vehicles but also through the use of ‘one-man-operated’ tramcars in a bid to reduce staffing levels.

Blackpool 762 and its sister car 761 represent an innovative and imaginative response to both sets of challenges. Number 762 began life as a conventional “balloon”-style double deck tram, numbered 714, and continued to operate in this guise for its first 36 years. At this point, in 1971, both 762 and 761 (originally numbered 725) were withdrawn from service and moth-balled since they were in need of a major overhaul.

Shortly before this, during the late 1960s, the tramway had been facing an uncertain future in which closure was a very real possibility, but by this stage the first tentative steps had been taken to improve its financial position by embarking on a grant-aided programme which involved the conversion of a number of single-deck railcoach trams to so-called ‘one man only’ (or driver-only) operation. The introduction of these thirteen converted vehicles beginning in 1972 helped to secure the tramway’s survival.

Some years later the decision was taken to undertake a similar conversion programme for the two moth-balled double deck “balloon” tramcars 714 and 725, which looked much like the museum’s Blackpool 249. The result was to transform their appearance so that they more closely resembled the much more angular double deck buses of the time. In a successful attempt to improve their operational efficiency, the two tramcars were ‘stretched’, which involved lengthening the under-frames and bodies, and were equipped with new controllers and bogies that incorporated “Metalastik” rubber/metal bonded suspension. In addition, doors and stairs were inserted into the re-sculpted front and rear ends. In terms of crewing, both tramcars successfully operated as ‘OMO’ (driver-only) tramcars during the winter months. During the busier summer seasons the tramcars operated with a driver and single conductor, both of whom took fares and issued tickets, but this still represented a considerable staff saving as the traditional balloon tramcars employed two conductors on account of the centre entrance and twin staircases. The only difference between the two rebuilt tramcars was that 762 retained its central doors in addition to the new set of doors installed at each end, in an effort to improve passenger flow at trams stops, though this also reduced the seating capacity from 98 in the case of 761 to 90. 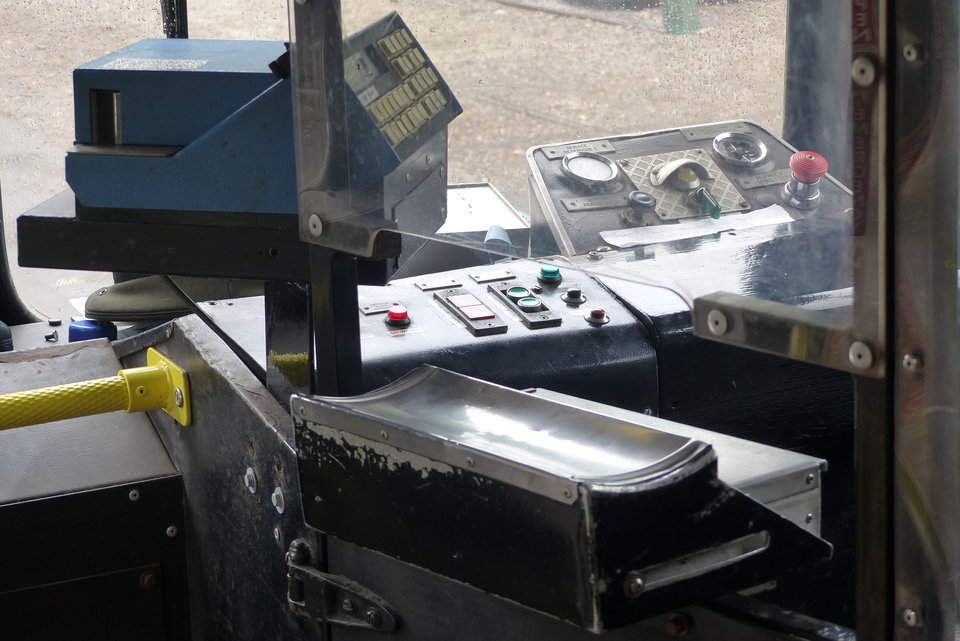 The two newly refashioned tramcars were relaunched as “Jubilee Cars” and 762 re-entered passenger service in 1982. With their phenomenally high seating capacity, the two trams became known as “people eaters” on account of their ability to devour even the longest of tram-stop queues. Together with their proven reliability, these features ensured that the two trams remained in service until the arrival of the second generation tramcars in 2011/12, by which stage 762 had acquired a rather garish all-over purple advertising livery for Nickelodeon Land, which is Blackpool’s Pleasure Beach theme park. This also gave rise to the not-so flattering nickname of “Spongebob”. 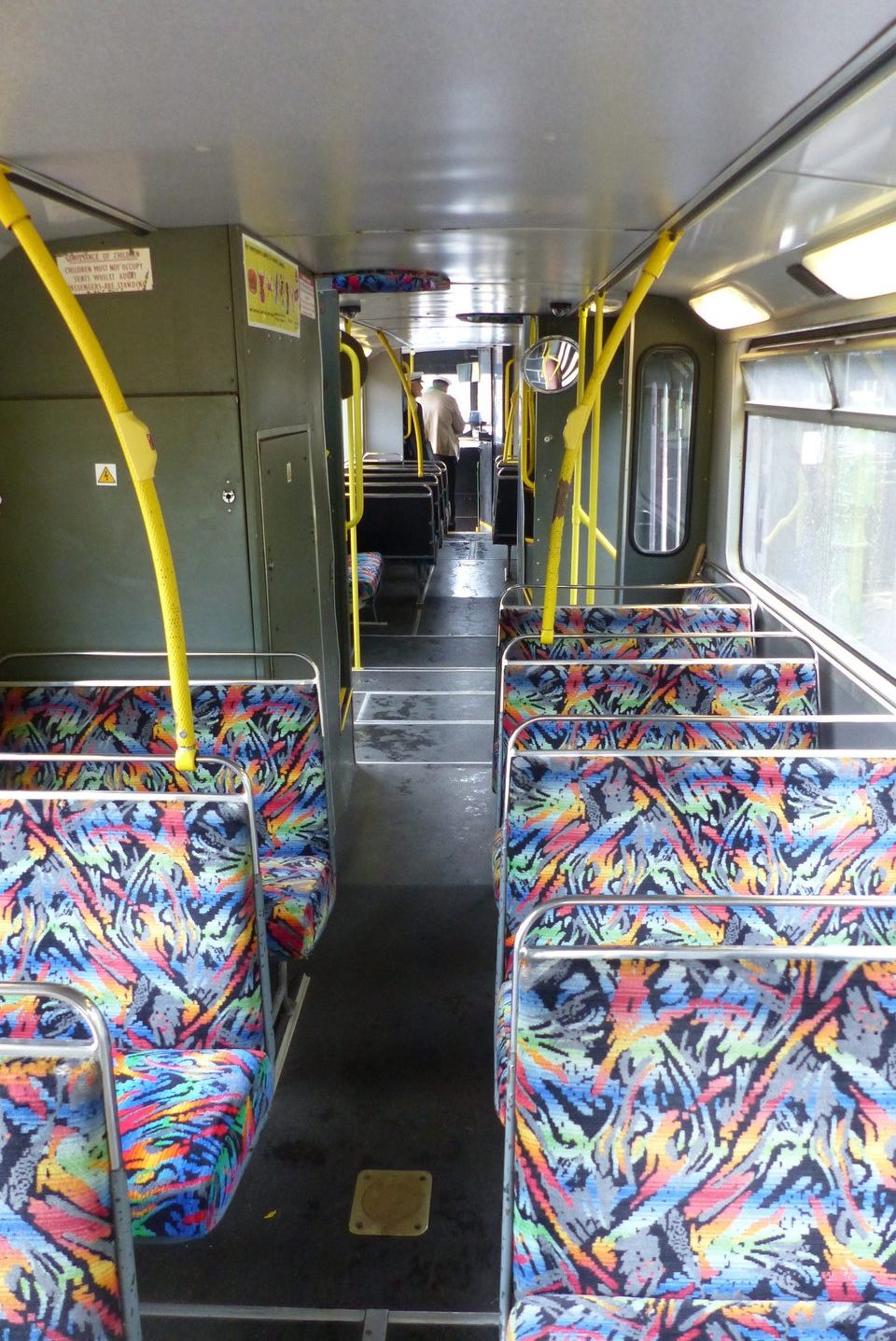 The “Jubilee tramcars” succeeded in demonstrating that even double-deck tramcars could be made to operate more efficiently though the time and expense of rebuilding them meant that they were the only balloons to be converted in this manner. However, the tramcar’s main claim to fame is that it is the last new design of a standard gauge double deck tramcar to be designed and built in Britain.

Following its withdrawal from service in 2011, 762 spent some time in the workshops at Crich receiving some attention to its control equipment. The tramcar undertook a number of successful test runs in August 2013 and then required a period for crew training and familiarisation before entering service on 13th September 2014.

The tramcar began life as a conventional ‘balloon’ tram but was extensively rebuilt between 1979-1982 with remodelled front and rear ends that incorporated additional doors and stairs, lengthened underframe and body, new bogies, braking and control equipment.
The tramcar was refurbished between 2000 and 2002.

Spent some time in the workshops receiving attention to its controllers

Current status
Restored to operational condition. Commissioned for service as part of the operational fleet during the current season.
Date started operating at Crich
2014. Has operated in 6 seasons including 2019.
Total mileage covered at Crich
1,336
Current location
Depots
Future plans