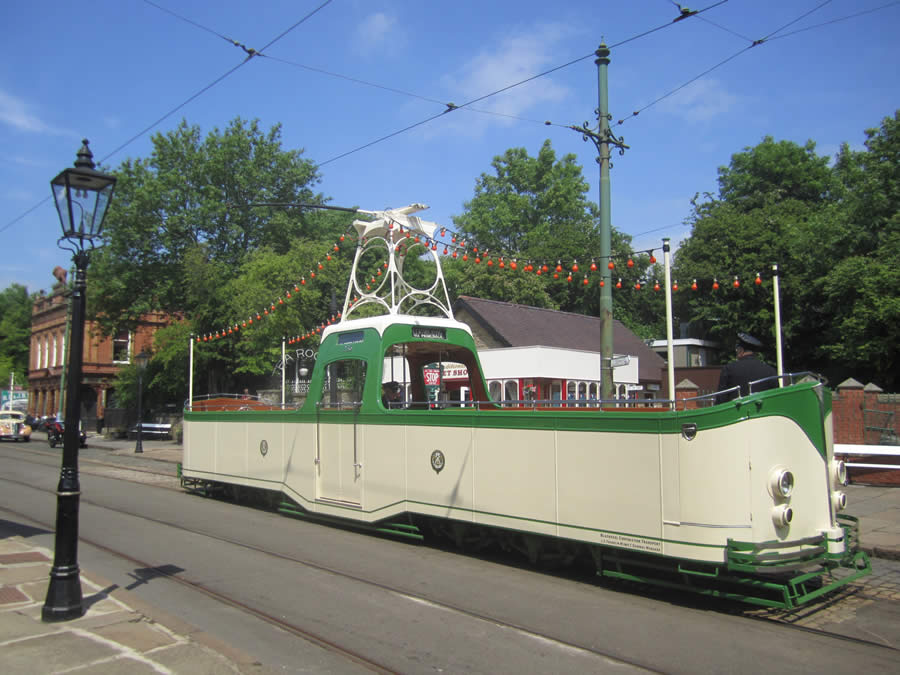 Towards the end of the 1920s, most of Britain’s first generation tramways were facing a mid-life crisis, with fleets of aging tramcars that no longer met the demands and expectations of passengers, who had experienced the increased levels of comfort and safety associated with the latest in motor bus design and technology. Many tramways succumbed to this increased competition during the 1920s and 1930s and opted for motor buses or trolley buses instead.

Some other systems did manage to rise to the challenge by renewing their fleets and infrastructure, but this was unlikely to happen in the absence of an enthusiastic tramway manager and a supportive tramway committee that was willing to authorise expenditure on the purchase or development of more modern designs of tramcar.

Blackpool Corporation were fortunate in having already agreed to implement a modernisation programme by the time a new general manager, Walter Luff, was appointed, in 1933. Armed with this commitment he devised an ambitious five-year plan to replace virtually the entire fleet with several different types of modern luxury tramcars that were built to a revolutionary streamlined design.

Much of the rest of his tenure (he retired in 1954) was spent implementing this grand design, which enabled Blackpool alone to keep faith with a traditional but modernised British tramway system that lasted until it was replaced by a completely new second generation tramway in 2012. 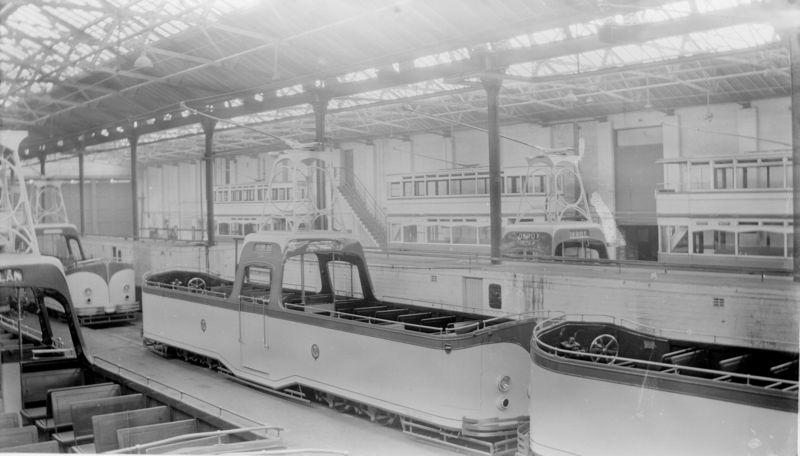 Blackpool 236 (sometimes known as a luxury toast-rack) was just one product of this radical vision, but its execution owed much to the design flair of William ‘Mac’ Marshall who was at the time a chief designer employed by Preston-based manufacturers English Electric. As one of the largest and longest-established manufacturers of ‘traditional’ tramcars they were well-placed to appreciate the challenge that contemporary bus and coach designs posed for their own products. And they resolved to meet that challenge by utilising many of the design and safety features – including more luxurious seating, better ventilation and improved access arrangements – that were being adopted by rival bus operators.

Marshall’s flair was to incorporate these improvements in an innovative and attractive design package that owed much to the contemporary ‘art deco’ styling movement which, when applied to vehicle design, resulted in beautifully sleek, graceful, stream-lined shapes. (The Chrysler Airflow car of 1934 provides an interesting comparison from the field of automotive styling).

The timeless, vee-shaped, symmetrical design of the Blackpool ‘boat’ cars – intended as a successor for the traditional toast-racks such as 166 – proved an instant success with the public, who were able to enjoy unimpeded views of Blackpool’s many tourist attractions from a rather more comfortable vantage point. In addition, the adoption of a distinctive single-step, centre-entrance design helped to ensure that the new tramcar’s loading and unloading capabilities matched those of the outgoing toast-rack trams – vitally important from an operational point of view. 236 and its eleven sister cars were stalwarts of the Blackpool summer fleet for many years as part of the seasonal promenade service. though they also worked on the Marton circular route until its closure in 1962.

The tramcar received a number of minor modifications over the years including the addition of windscreens in 1958-9 and it sported a variety of liveries. It was also given a new number – 607 – in 1968. A pantograph was fitted in the early 1970s but complaints from passengers about being showered with grease and dirt when it rained soon led to a restoration of the original trolley pole.

The tramcar was withdrawn from service for a while in 1972 and then re-entered service following a reprieve in 1976.  The car then contnued in service somewhat fitfully until its final withdrawal on 31st July 2004. Blackpool 607 visiting Crich for the season in 1985. Photo: Richard Lomas.

In 2011, following a period in storage, the tramcar was overhauled by Blackpool Transport Services and restored to its 1950s livery and number before being taken by low-loader to embark on a new role as part of the operating fleet at Crich in April 2012. .

This was not its first visit to Crich, however, as it had made a previous appearance in 1985 as part of an exchange arrangement whereby a number of veteran tramcars were loaned to Blackpool to assist with its centenary celebrations of that year.

The tramcar has since acquired the four strings of festive coloured light bulbs that it would have carried during the 1950s.

1958-9 – Perspex windscreens fitted at either end.
Novermber 1959 repainted in simplified cream livery without the green ‘bow waves’.
1968 renumbered as 607; four of the class were scrapped at this time. Temporarily converted to pantograph operation at around this time, but returned to trolley pole operation after complaints from passengers about being showered with grease and dirt when it rained.
Refurbished in the early 1990s.
1996 – repainted in green and yellow livery.

‘Adopted’ by the Tramcar Sponsorship Organisation and Fylde Tramway Society, which raised money for its restoration.

Restored by Blackpool Transport Services on a commercial contract basis prior to its permanent move to Crich.

Current status
Restored to operational condition. Commissioned for service as part of the operational fleet during the current season.
Date started operating at Crich
Ran in 1985 as a guest tramcar (numbered 607). First ran as part of the permanent fleet in 2012. Has operated in 10 seasons altogether, including 2020.
Total mileage covered at Crich
10,202
Current location
Depots