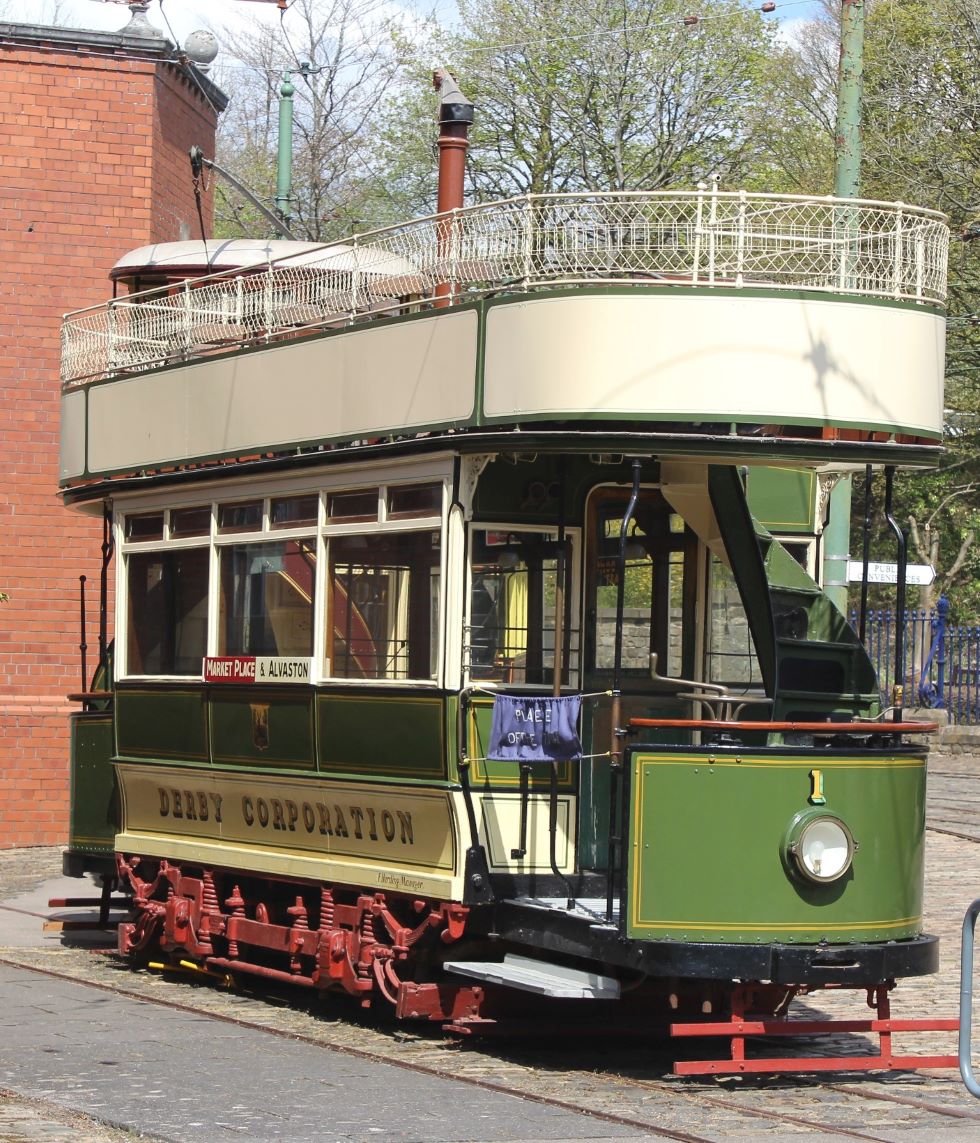 A sunny Sunday 2nd May at Crich enabled the external display of Derby 1 prior to it leaving Crich to off – site storage. It was lined up with others from the East Midlands including Leicester 76 (which will return to the Exhibition Hall for static display) and Chesterfield 7, which is in operation.

The day was the perfect opportunity for last minute photographs of Derby 1 and Cardiff horsecar 21, which has been on loan to Crich for around 12 years and will be returned to The National Museum of Wales.

The inside of Derby 1 has not been restored, and visitors have not been able to venture inside for safety reasons, so here is a peek into the lower saloon and upper deck . (Photos courtesy of Paul Abell). 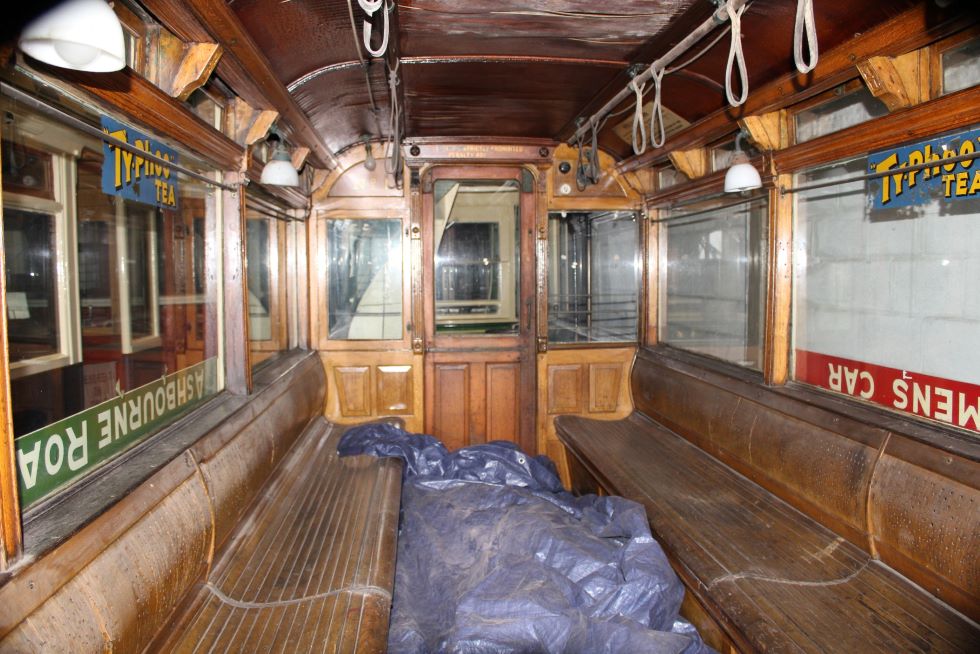 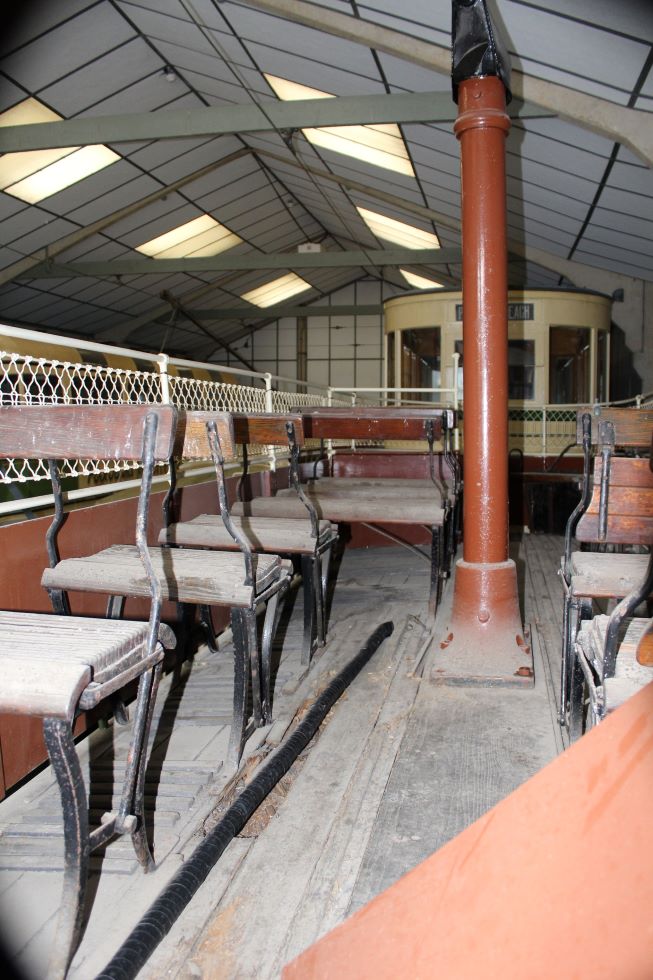 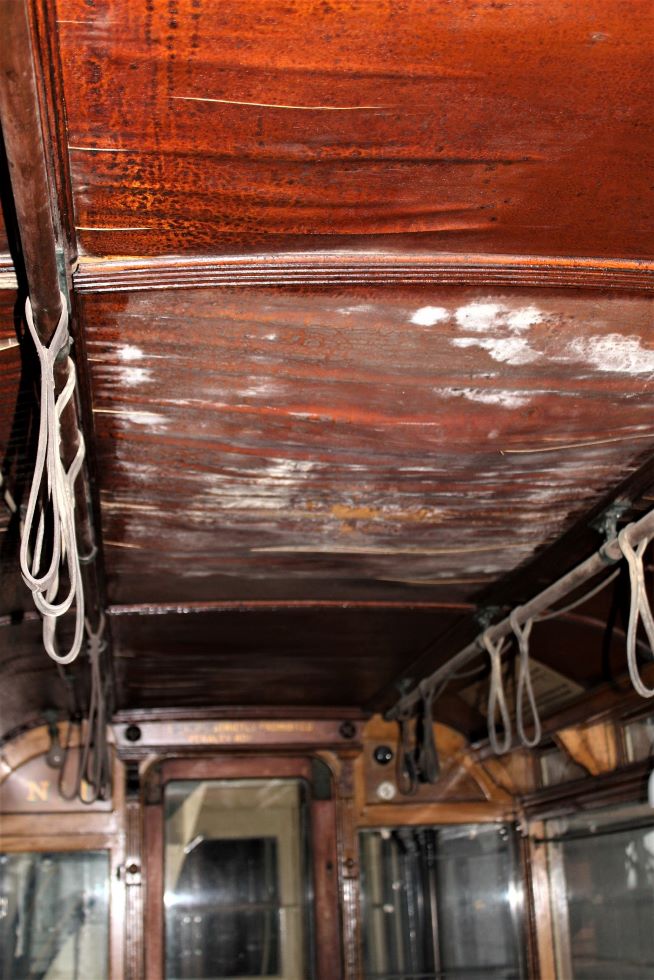 The old electricity meter on the tram is interesting and thanks to the knowledge and research of two of our long serving volunteers, Paul Abell and Peter Whiteley, the reason was that the meters allowed the performance of the car to be measured, including the performance of the driver! Every so often the drivers (or motormen as they were more correctly called) were given a bonus sometimes called “Juice Money” (Juice being slang for electricity) based on how much electricity the driver had ‘save’ by coasting, rather than leaving the tram drawing power.

Certain Corporation Tramways fitted electricity meters to their tramcars, as seen on the picture of Derby 1 meter below left (and also seen on Chesterfield 7 in our operational fleet although now disconnected). Blackpool also used them, and meters were certainly installed on all the Brush built railcoaches, including Blackpool 298, which will have a meter re-fitted during its restoration. Other tramway operators like the LCC in London used meters in the substations to measure the electricity used to the same effect. 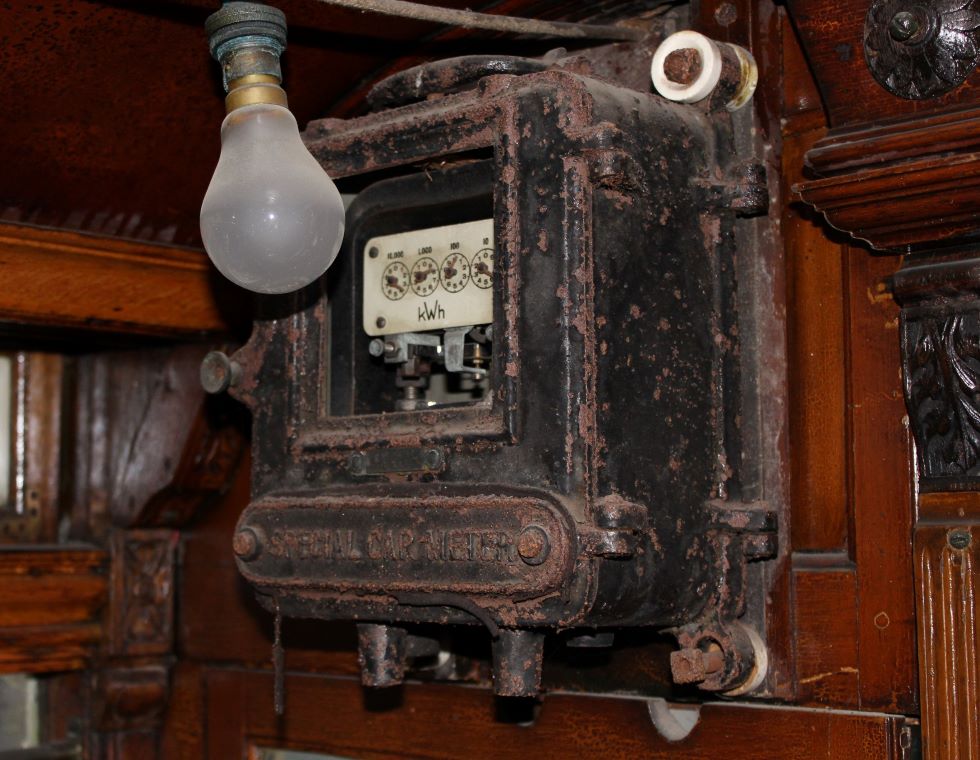 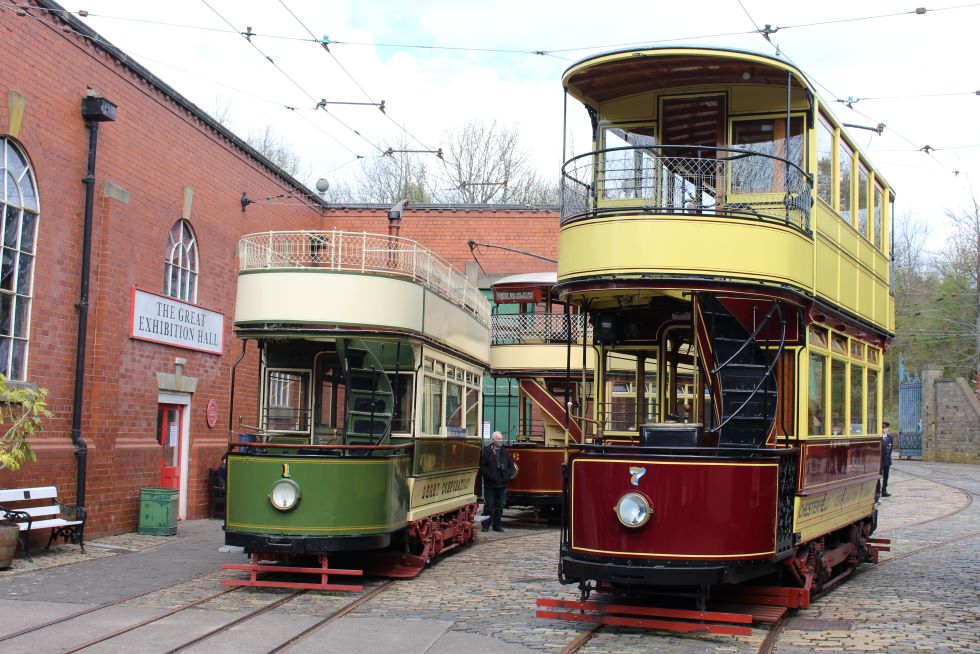 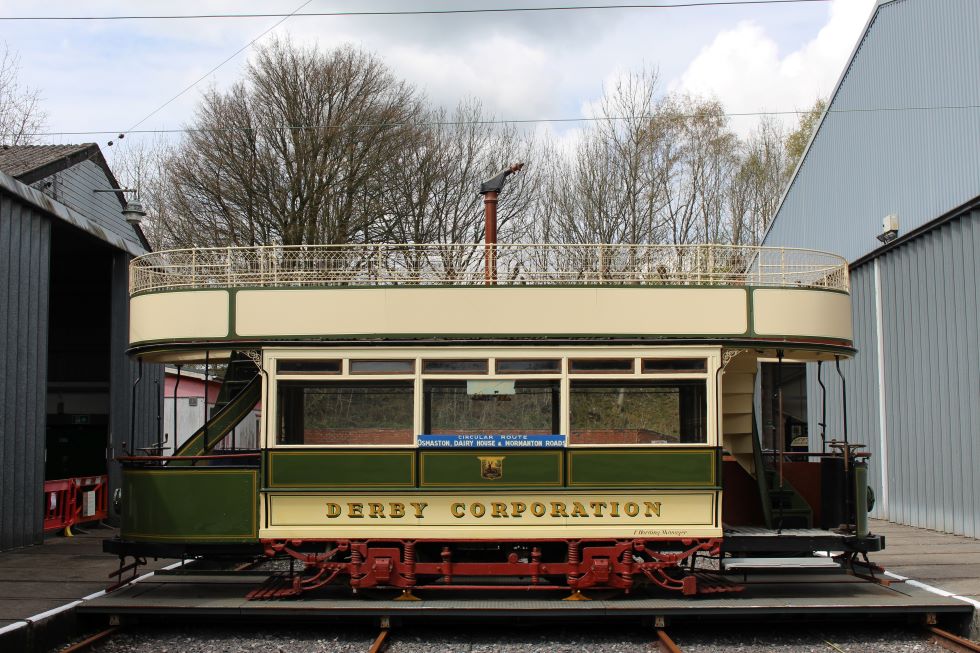