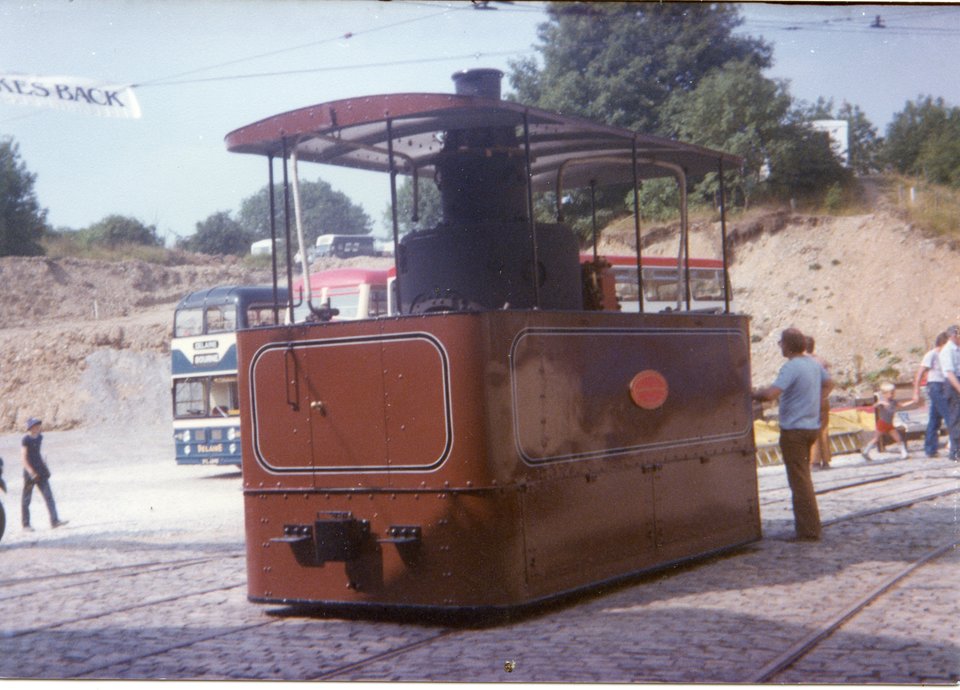 John Bull operating at Crich at a Transport Extravaganza in 1983

We are pleased to announce that our steam tram ‘John Bull’ will be featuring as one of the special guests at the ‘Beyer Bash’ hosted by the Welshpool & Llanfair Light Railway from May 20th to 22nd 2022. Visitors will be able to see the tram on static display at Raven Square Station, Welshpool, during the event to mark the 120th birthdays of the WLLR’s pair of locomotives built by Beyer, Peacock & Co.

Steam tram ‘John Bull’ was also built at the Beyer, Peacock Works in 1885 for export to Australia. After a few short years there, it returned to the Manchester workshops of the company and was there at the time that the WLLR’s locomotives The Earl & Countess were built 120 years ago.

The steam tram from Crich will join two other visiting Beyer, Peacock-built displays in the form of the pioneering K1 locomotive of 1909 from the Ffestiniog & Welsh Highland Railway / Statfold Barn Railway and No. 1827, the 143-year-old locomotive from the Foxfield Railway. In another special link for the event, ‘John Bull’ and No. 1827 both operated together as works shunters at Gorton for many decades.

We are pleased to be supporting this event and enabling more people to see our steam tram away from its usual home in the Exhibition Hall at Crich Tramway Village.

Oliver Edwards, Event Lead for the celebration at the Welshpool & Llanfair Light Railway, said “Adding Crich’s No. 47 steam tram means the event is going to be a fantastic party to celebrate the 120th birthdays of our own flagship locomotives. The event will feature an intense timetable and all-day tickets – perfect for the enthusiast.” Full details of the event and tickets can be found at www.wllr.org.uk/beyer-bash.